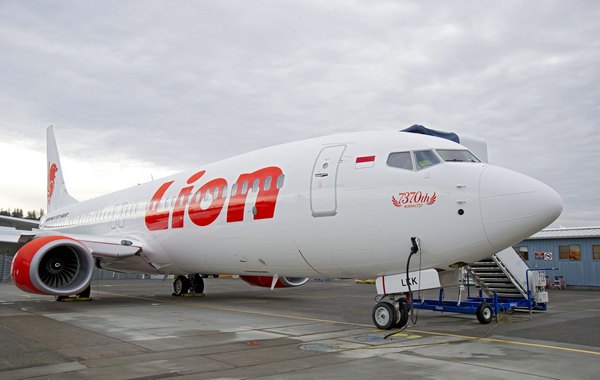 Malindo is a joint venture between Lion Air and Malaysia’s National Aerospace and Defense Industries (NADI), which is based in Kuala Lumpur.

The 737-800 will be returned to Lion Air in the near future and be replaced with a Boeing 737-900ER, turning the airline into the first company to operate that type of aircraft in Malaysia. Malindo Air is planning to operate 12 Boeing 737-900ERs by the end of the year, after they ordered the aircrafts from Lion Air in 2012.

On Monday, Lion Air put a $24 billion order for 234 Airbus jets to be delivered from 2014 to 2026. In 2011, the Indonesian carrier signed a record $22.4 billion deal for 230 Boeing 737 airliners. The company has said it was planning to expand its current fleet as well as spawn new regional airlines.

By Lona Olavia of the Jakarta (Indonesia) Globe