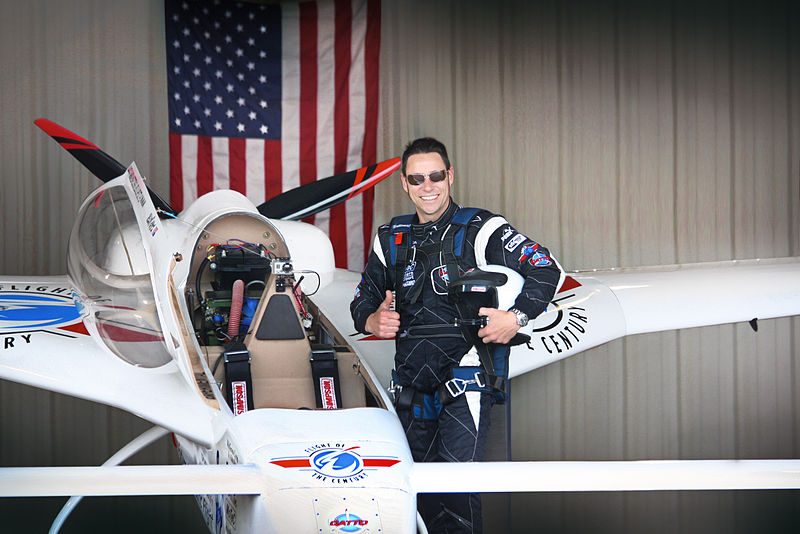 Electric vehicle pioneer Chip Yates is back in the air with his record-setting airplane. He spent much of the past year refining and working on his electric Rutan Long-EZ for a series of flights planned for next month, with the hopes of breaking his own speed records. And at the same time Yates is testing new equipment for his grand plan of flying across the Atlantic in an electrified plane.

During his record-setting flight last July, Yates managed to be the first pilot to top 200 mph in an electric airplane. But he fried the battery in the process. It was an old battery, and Yates told us last year he knew its death was a likely outcome of pushing the lever that far forward for the fast flight.

The new battery from EnerDel is a 450-volt, 80 amp-hour pack capable of 600 amps continuous output, the equivalent of 258 horsepower, and twice the output of the old battery pack. It weighs 525 pounds and takes up the entire back seat. If he were patient, Yates could leisurely cruise at around 100 miles per hour drawing only 40 amps, giving him two hours range. But as always. Yates has speed on his mind, and during the first flight with the new pack he managed 175 miles per hour, though he wasn’t at full power.

For video and the complete story by Jason Paur of Wired.com, click here.