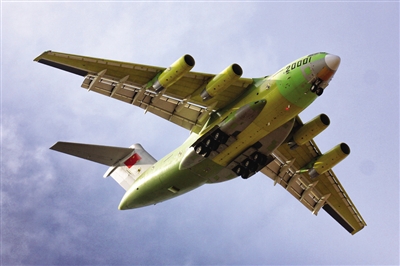 In an example of selective transparency to boost pride at home and credibility abroad, domestic media were rapidly notified of the Y-20’s test flight and Chinese military enthusiasts are energetically welcoming the news.

“First we heard about the test flight of the J-31 stealth fighter jet, then the landing and takeoff of the J-15 on our aircraft carrier, and now we embrace the birth of the Y-20,” the state-run English-language China Daily quoted Qu Renming, a white-collar worker in Beijing, as saying. “The only concern for military fans is when can the Y-20 use our domestically developed engine and enter into service.”

For the complete story by Andrew Erickson and Gabe Collins of The Wall Street Journal, click here.