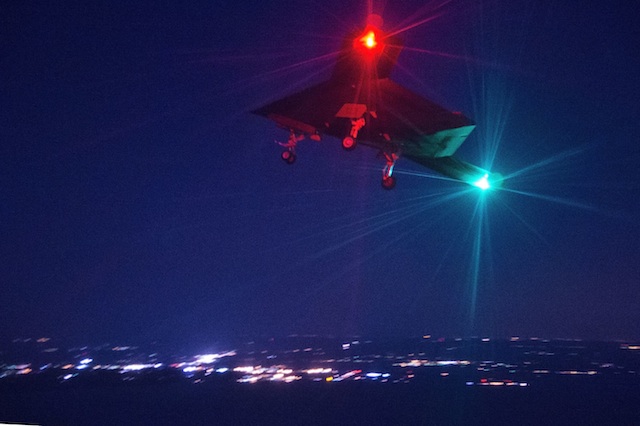 The aircraft, developed by Northrop as a demonstrator for the U.S. Navy’s unmanned carrier-launched airborne surveillance and strike (UCLASS) programme, conducted the night flight at NAS Patuxent River in Maryland, according to a Navy media release.

The service says night flights are the “next incremental step in developing the operations concept for more routine UAS flight activity.” It adds that the navy will continue developing procedures to ensure the X-47B can operate co-operatively with manned aircraft.

For the complete story by Jon Hemmerdinger of Flightglobal.com, click here.