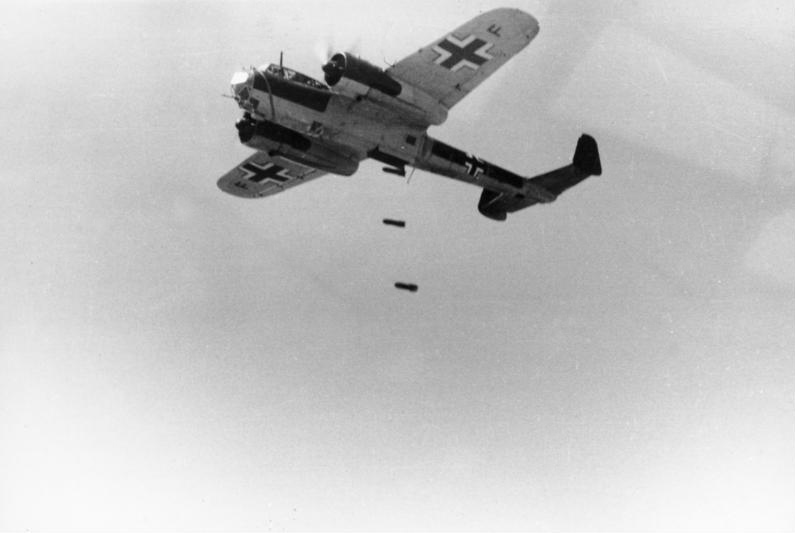 A German World War II bomber was raised from the bottom of the English Channel on Monday. The Dornier Do 17, a twin-engined airplane known as the “Flying Pencil,” was shot down off the Kent coast more than 70 years ago during the Battle of Britain. Believed to be the only intact example of its kind in the world, the bomber has lain in 50 feet of water on the Goodwin Sands.

Attempts by the RAF Museum to salvage the relic had been hit by strong winds over the last few weeks. The BBC’s Nick Higham, on board the salvage barge, said the weather conditions for the hour-long operation were “near perfect” on Monday evening. The salvage almost had to be postponed again when the rope from one of the salvage barge’s four anchors got wrapped around its propeller, but the crew were able to free it in time to take advantage of the tidal conditions, Higham said.

For the complete story by the BBC News, click here.