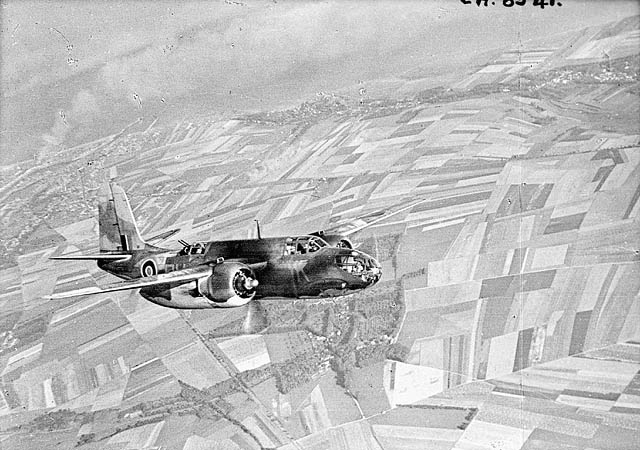 The crew of an Royal Air Force bomber shot down days before the end of the Second World War will finally be given a proper military burial today, 68 years after their aircraft crashed.

The four young airmen, including an aspiring poet whose work has been published posthumously, will receive full military honours in a ceremony at the Padua War Cemetery in northern Italy, after their remains were discovered two years ago. They were flying a Douglas A-20 Boston bomber on the night of April 21, 1945, and took off from Forli, near Rimini, to target a river crossing on the Po at Taglio di Po, followed by an armed reconnaissance of the Po Valley.

But the bomber, from No. 18 Squadron, burst into flames and plunged to the ground after being hit by German anti-aircraft fire. All four members of the crew, three British and one Australian, all aged 20 and 21, died.

For the complete story by Daniel Johnson of The (London) Telegraph, click here.