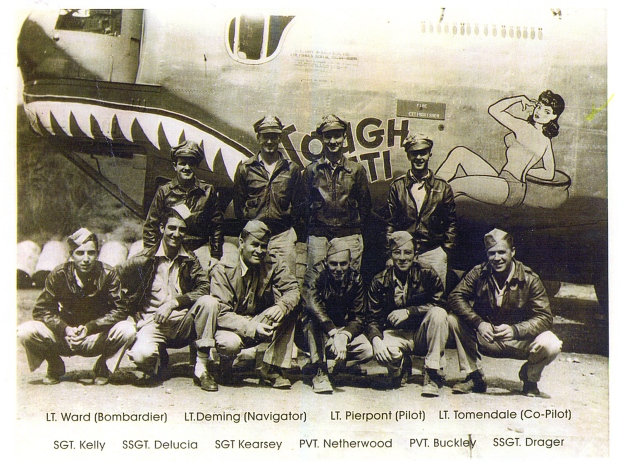 Limping home from a World War II bombing mission on a stormy night, a U.S. B-24J Liberator slammed into the rocky flank of a remote mountain in southern China. The bomber and its 10 crew members plummeted into the ravine below.

What happened to them remained a mystery until 1996, when Chinese farmers hunting medicinal herbs on the steep slopes of Kitten Mountain in Guangxi Province discovered smashed piles of aluminum and steel that still reeked of aviation fuel. Scattered around the wreckage were the bones of the air crew, whose families had wondered about their fates for more than 50 years.

On the slope of the mountain today, a massive stone monument erected by communist officials pays homage in English and Chinese to World War II cooperation between the two nations. Along with the names of the American crew, the monument displays the date they died: Aug. 31, 1944.

For the complete story by Chris Carroll of Stars and Stripes, click here.

Photo from James Drager via Stars and Stripes