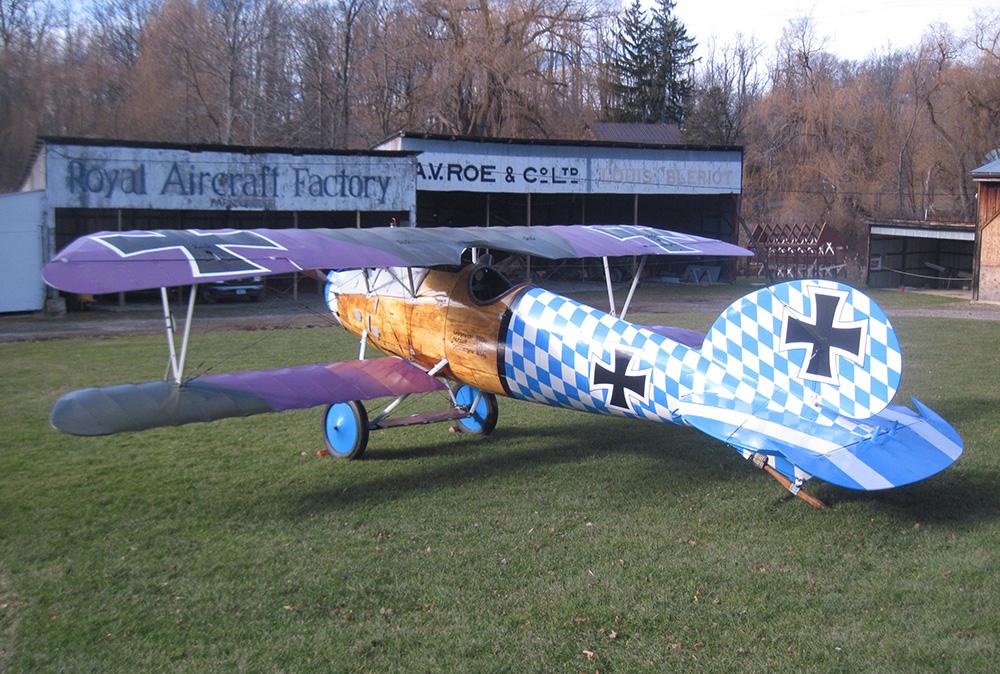 In remembrance of the 100th anniversary of the start of World War I, the Old Rhinebeck Aerodrome Museum in upstate New York is reintroducing a very special airplane — a replica of a 1917 Albatros D.Va., built in the 1970s by the Aerodrome’s founder, Cole Palen.

Palen created the replica from measurements taken from an airplane that was under reconstruction at the Smithsonian Institution’s National Air and Space Museum, one of two original Albatros D.Va. airplanes. The replica was a crowd pleaser at the Old Rhinebeck air shows from the late 1970s until 2010.

The aircraft has undergone a full restoration by two groups of volunteers. The wings, horizontal stabilizer and elevator were shipped to Danville, Kentucky, where a team led by air show pilot Nathan Hammond stripped, repaired and recovered the components. Old Rhinebeck volunteers rebuilt and restored the remainder of the airplane.

For the complete story by Pia Berqvist of Flying Magazine, click here.