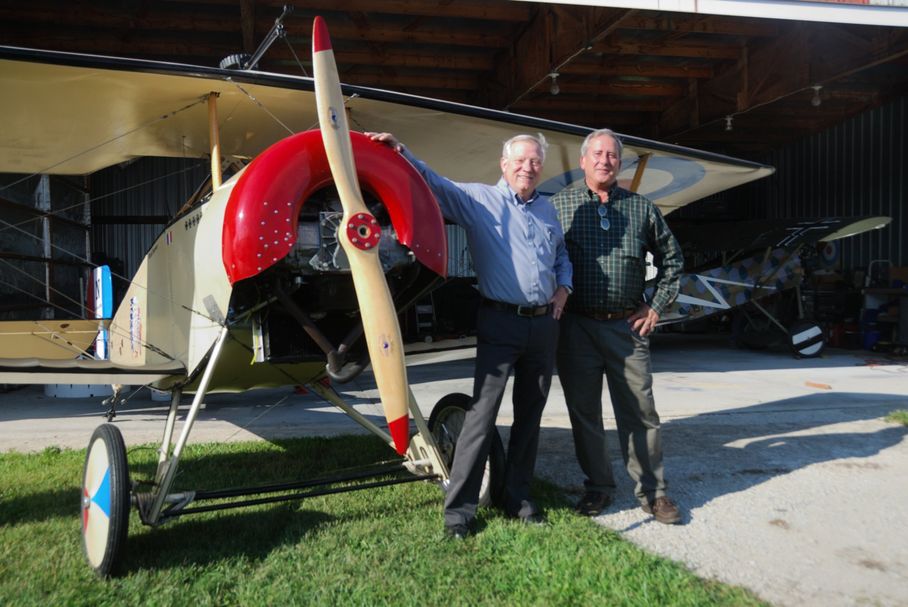 In both his military and civilian careers, Glen Fike of Beavercreek, Ohio, has spent much time working with aircraft.

“I retired as a colonel at Wright-Patterson AFB, having worked on the F-16 and F-22 programs,” he said. After retiring, Fike stayed in the Dayton area. “I work for BAE Systems now. We do F-16 cockpit upgrades. I work with airplanes all day long.” Outside of work, Fike’s interest in aviation centers on building and flying replica World War I aircraft.

Fike said these WWI airplanes are more accessible to the average pilot than many other types. “We build our aircraft in the garage at home,” he said. These aircraft are built by using simple, inexpensive construction techniques and are powered by car engines.

For the complete story by Ryan Grantonic of the Dayton (Ohio) Daily News, click here.

Photo via the Dayton Daily News