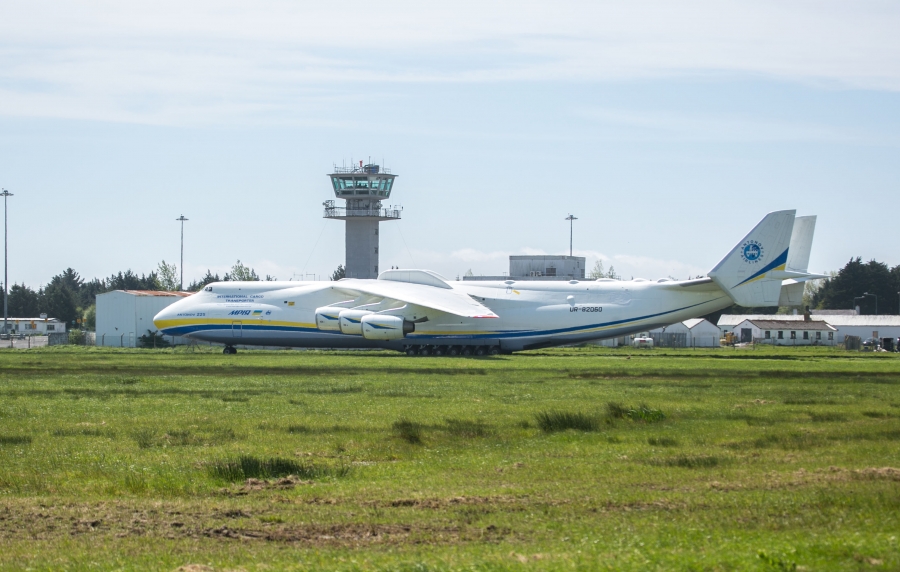 Shannon Airport welcomed the world’s largest aircraft on Tuesday as the Antonov An-225 Mriya (Dream) made a brief pit stop in Ireland en route from Bangor (Maine) International Airport to the Ukraine. The giant aircraft, which arrived in Shannon for a standard crew rest period, attracted large numbers of plane-spotters who learned of its arrival via social media and blog sites over recent days.

The airport’s 10,499-foot-long runway meant that it was able to accomodate the behemoth – built to transport the Buran space shuttle for the Soviet space programme and since transformed into the world’s largest freighter aircraft – which weighs the equivalent of 220 average-sized cars.

For the complete story by Joe Bates of Airport World (U.K.), click here.