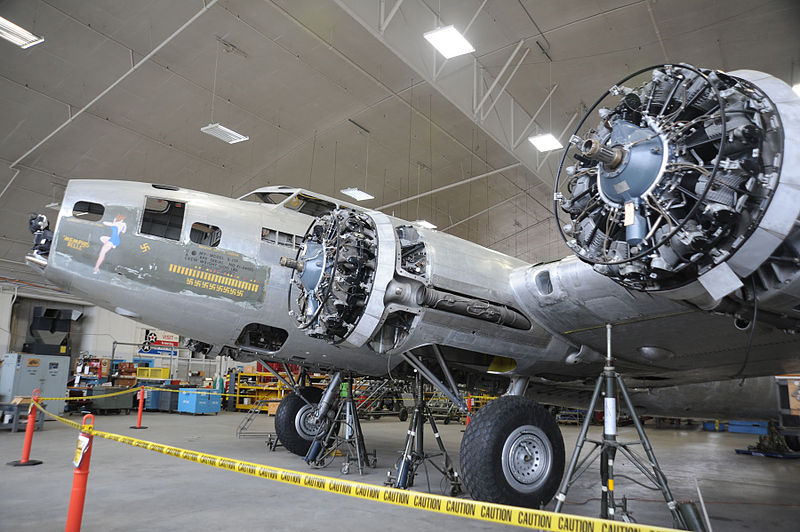 One of Warbirds News’s regular readers, Frank Johnson, recently visited the National Museum of the U.S. Air Force in Dayton, Ohio, and was lucky enough to get a tour of the main restoration hangar.

The building is actually inside the active area at Wright-Patterson Air Force Base, on the other side of the fence to the public museum buildings and, consequently, only open to special tours which take place on most Fridays. As many readers will know, there are several ongoing projects in the restoration hangar at present including two very famous Boeing B-17 Flying Fortresses: B-17D 40-3097, “The Swoose,” and B-17F 41-24485 “Memphis Belle.” While both aircraft have received a good deal of attention in the past decade since they’ve been at Dayton (eight years for Swoose), Johnson reported that work has slowed considerably.

These are difficult times in the museum world, and the effects of the economic downturn in 2008 compounded by the government sequester from 2011 have had lingering effects on many fine institutions.