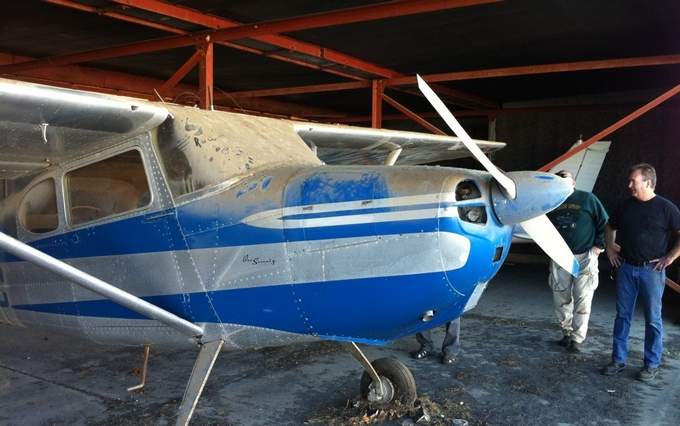 This may be closest that the Sonoma County, Calif., aviation buffs come to unearthing buried treasure.

A letter from out of the blue advised Christina Olds of the Pacific Coast Air Museum that a woman in Marin County wished to donate her airplane. The other day, Olds and several members of the private airplane museum at the Charles M. Schulz-Sonoma County Airport received a set of keys from the donor, 85-year-old Marcia Dunn. One key unlocked a hangar at the airport that no one in PCAM had ever seen open. They rolled the door away to spy Marcia’s plane.

Shrouded in more than 40 years of dust was a nearly like-new silver and blue, four-seat, 1954 Cessna 170B. Marcia told Olds, PCAM’s director of museum operations, that she’d bought it in 1955 and flown it all over the country before she wheeled it into the hangar in 1971 and locked the door.

For the complete story by Chris Smith of The (Santa Rosa, Calif.) Press Democrat, click here.