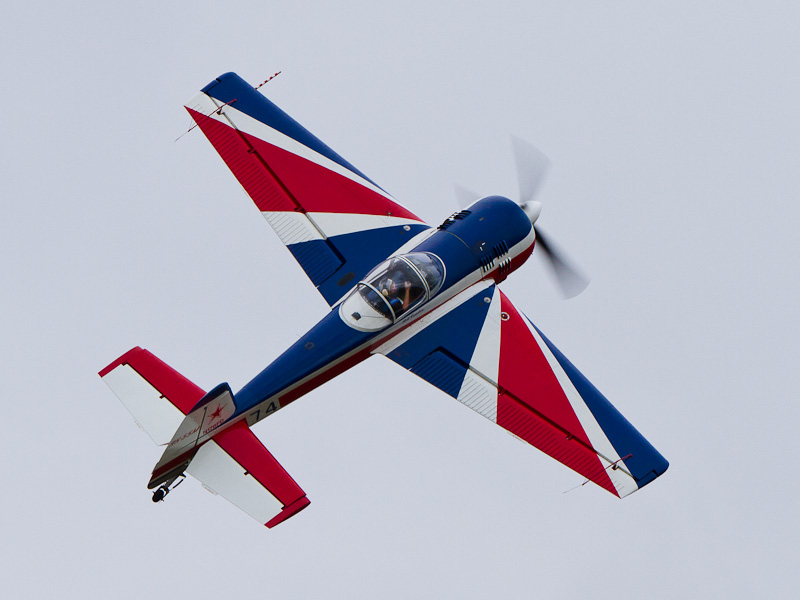 Racing through the air in his Russian Yakolev Yak-55M single-seat airplane, pilot Bill Cowden enjoys the precision and speed of aerobatic flying. Cowden, 46, of Menomonie, Wis., will perform as part of the first Menomonie Airfest & Autorama at Menomonie Municipal Airport in Wisconsin on June 21 and 22.

Cowden, a pilot for Delta Air Lines, learned to fly when he entered the Air Force in 1986, when he was selected for pilot training. He accumulated 1,500 hours flying in a Lockheed Martin F-16 Flying Falcon before retiring in 2006 with the rank of major.

For the complete story by Pamela Powers of the (Eau Claire) Leader-Telegram, click here.