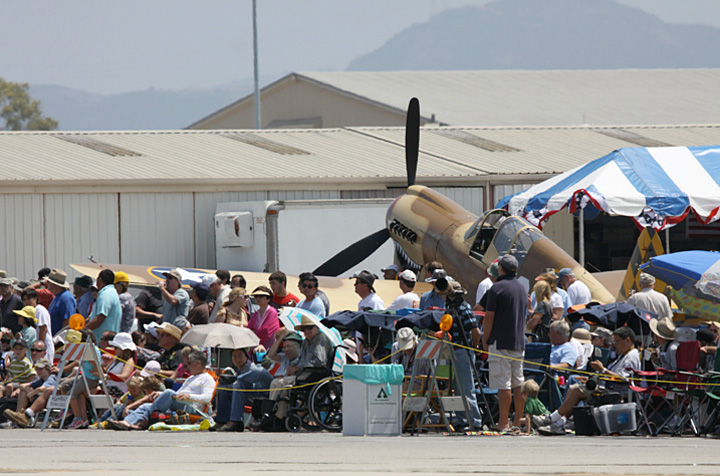 Gary Barber loved to make model airplanes as a boy. For Barber, the miniature fighter planes made him feel connected to his father, Stanley Barber, who was away from the family’s Michigan home to serve at an Army base in California during World War II.

“It was quite a bit of fun being a kid way up high and looking down,” said Gary Barber, a Ventura resident who developed a love for flying that turned into a 31-year career as a commercial pilot. After the family moved to California in the early 1950s, the younger Barber enlisted in the Air National Guard in Orange County and served in the U.S. Air Force. In 1965, Barber became a commercial pilot with American Airlines and flew throughout North America for more than three decades.

Barber’s passion for aviation continued into his retirement. He has volunteered for Camarillo’s Southern California Wing of the Commemorative Air Force Aviation Museum for 22 years. As part of his volunteer work, he will be one of six pilots to fly World War II fighter planes in formation during the 37th annual Wings Over Camarillo air show this weekend. The two-day show takes place Aug. 17 and 18 at the Camarillo Airport. The event includes daily acrobatic plane performances, food and a chance to take photos near the historical and experimental planes and to meet the pilots.

For the complete story by Stephanie Guzman of the Camarillo Acorn, click here.