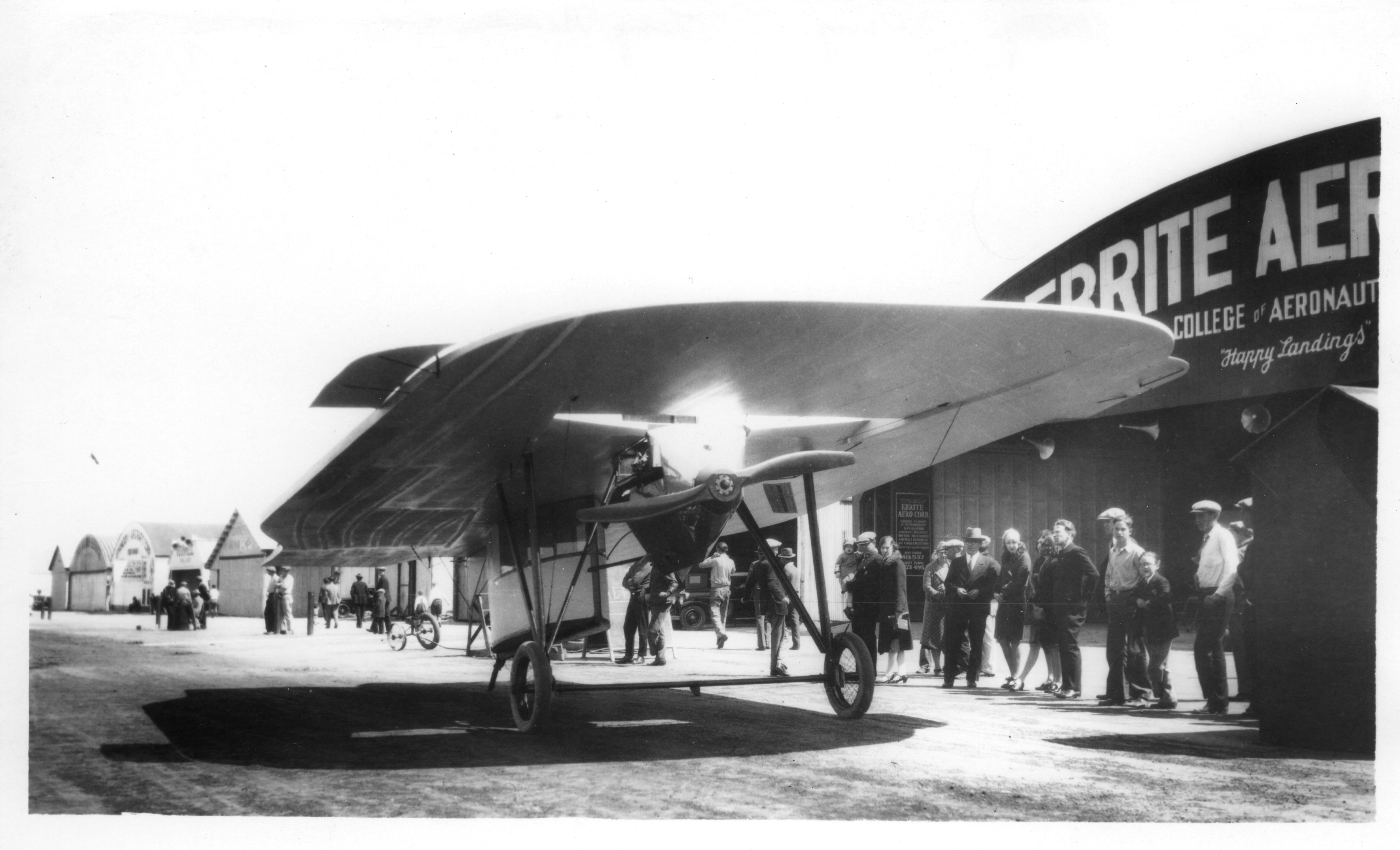 It’s a given that Flight Journal readers have a strong interest in aviation history. One of the things that I think we all find appealing are photos of unusual aircraft. Sometimes, such photos come along as part of a puzzle—what is it? They are true Unidentified Flying Objects.

Having more than 150,000 aviation negatives and photo prints in our collection, there are several thick file folders marked “No I.D.” Years ago, one would have to sort through personal shelves of favorite aero history publications, or spend a day at the local library, to search out the identities of these “orphan” photos. Too often, the search was fruitless. Today, the Internet has made these reference searches a great deal easier, but some remain just as challenging and frustrating as ever.

In many such instances, I try to solve these mysteries with a bit of detective work, sorting out what clues can be found in the photos. Here is a wonderful original old photo of a most unusual design, whose identification has continued to elude me, despite some specific clues.

This original old photo is so clear and sharp, that I can read the entire small sign on the wall of the hangar. I have marked the sign in the red box in the lower right center of the photo. I also managed to enlarge the little “blur” on the bottom of the wing-as seen in the yellow box, juts under the prop on the underside of wing. It turned out to be a poster/flyer for an “Air Circus.”

The engine is clearly a V-8 and when enlarged, you can easily see all eight bolts on the prop-hub face. Someone has written “Long Beach, California, 1929” on the back—a major clue. Enlarging to see small details in the photo is a fairly simple process of scanning the original at a very high resolution, and then zooming in on small sections. Of course, this also relies on having a sharp original photo that was taken by a competent photographer with high-quality period equipment.

With seven other readily identifiable 1929-period aircraft in the background, and a good number of men, women, and children on the airfield, my assumption is that the photo of this plane was taken at some airport open house or airshow, and that it probably has some connection to the Ebrite Hangar that is to the side. I have seen references to Ebrite Aero in 1919, but not for 1929 or anything to do with this plane.

Jack Northrop supposedly started working in 1929 at nearby local airports with his Flying Wing designs. Perhaps he was inspired by this? Or, was it the other way around? If you know of any clues to help us identify this unique aerial oddity, please send us an email at flight@airage.com.    — Joe Gertler