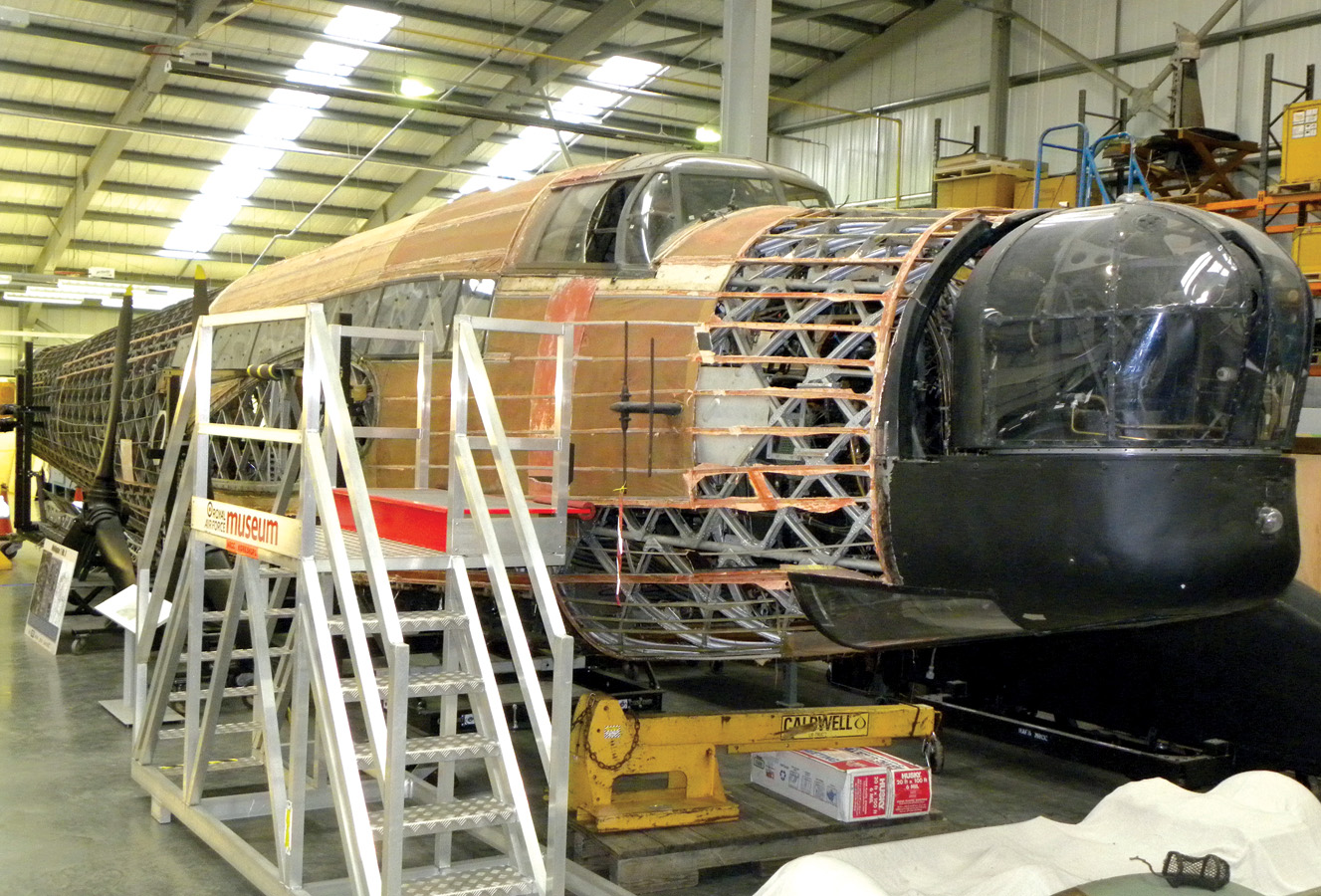 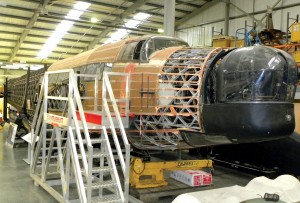 Total Vickers Wellington bomber production totaled 11,461 aircraft, built between June 1936-when the prototype first flew- and the end of the World War II in 1945. Just a handful survive and none of these are in airworthy condition.

A medium bomber and a reconnaissance aircraft with two 1,585-horsepower Bristol Hercules VI radial engines, the Wellington has become iconic thanks to its revolutionary geodetic structure, the work of British inventor Barnes Wallis who later went on the devise the “bouncing bomb” used by 617 squadron Avro Lancasters to destroy the Mohne, Eder and Sarpe Dams during the May 1943 damn-buster raids.

In mid-November 2011, the Michael Beetham Conservation Centre at the RAF’s Cosford Museum was opened to the public, one of the stars of this restoration centre being the complete airframe of Vickers Wellington MF628 with the geodetic construction of fuselage and wings exposed for all to see.  This aircraft, first flown on May 9, 1944 was displayed at the RAF Museum at Hendon (north London) when it first opened in 1971.  In July 2010, it was decided that after nearly 40 years on static display, its largely wood structure should be refurbished and a five-year program was commenced, first with the aircraft being dismantled and then roaded to RAF Cosford (near Wolverhampton in the English Midlands).

The whole of the external fabric covering has been stripped and much of the internal fitments and instrumentation removed.  Any rotting wood and components, particularly of surface components, are being replaced before the geodectic structured is freshly recovered and the whole aircraft repainted.  At this stage it will be shipped back to London and the RAFT Museum and put back on display.  The November 2011 opportunity to see the “bare bones” of this unique Vickers Wellington was taken by hundreds of visitors.  As a souvenir, it was possible to purchase sections of the original fabric covering, all funds helping towards the costly five-year restoration.  RAF Cosford plans to open its restoration facility to the public again in November 2012. For more info, go to rafmuseum.org.uk/cosford – Geoff Jones