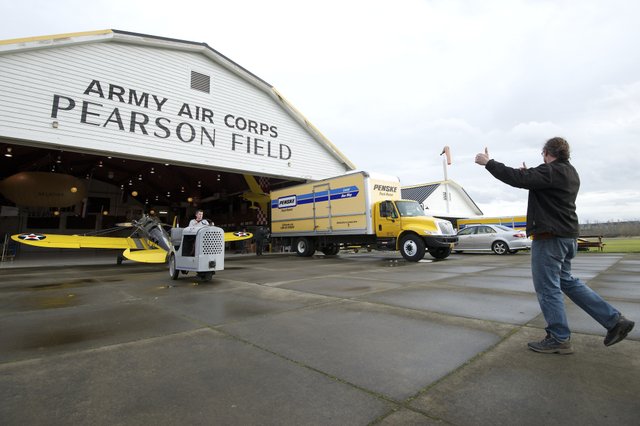 The sound of packing tape stripped over boxes, the whirring of machines and the beeping of heavy trucks made a cacophonous symphony Tuesday at Pearson Air Museum in Vancouver, Wash., as volunteers and employees worked feverishly to turn the facility over to the National Park Service on what they said was very short notice.

NPS officially gave the museum, run by the Fort Vancouver National Trust, 45 days to transition to ownership by the Park Service. But the agency, which owns the land and hangar but not the displays or planes, also told Pearson staff they were coming in by today.

It’s a move that’s caused quite a bit of shock and anger from volunteers — and also from U.S. Rep. Jaime Herrera Beutler, R-Camas, and Vancouver City Manager Eric Holmes, who said they plan to fight the Park Service’s efforts.

For the complete story by Sue Vorenberg of The (Vancouver, Wash.) Columbian, click here.

Photo by Trey Wayrynen, The Columbian