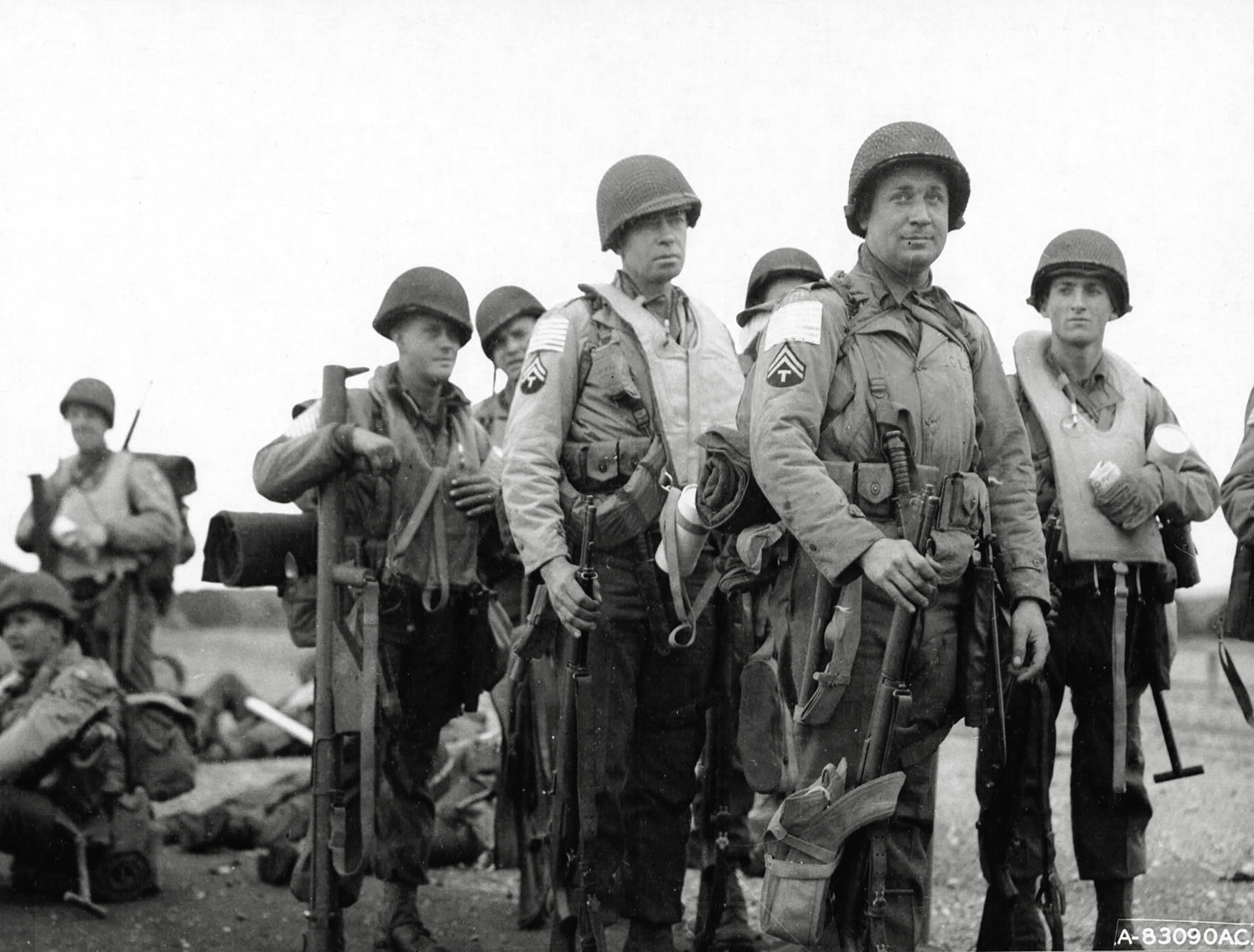 There’s a certain amount of elitism attached to what we do here at Flight Journal: all of our focus is on aircraft and their pilots. In fact, as you worked your way through the preceding articles to this final page, you probably couldn’t help but glory in the deeds accomplished by those winged warriors during the D-Day experience. This even includes the ugly ducklings, like the gliders. Our focus is on everything that’s airborne, so, without meaning to, we give the impression that World War II was won by the aerial heroes we venerate in these pages. In so doing, we sometimes overlook what, in the final analysis, actually wins wars: a dogface with a rifle. Foot soldiers are the point of the lance, and everything else exists to make their mission possible. Airplanes included.

WW II was won by kids from small towns, cornfields, and urban ghettos carrying M1 Garands, Enfields, or Mosin-Nagants. Period. Transports, gliders, landing ships, aircraft carriers, bombers, and fighters all existed to transport them, support them, protect them, and clear the way for them. But, airplanes and ships don’t take the next hill. They don’t clear the next house or flush the enemy out of the next cave. They can only assist, because, as has often been said, the ugly business of war always comes down to one young man with a rifle trying to kill another young man with a rifle and take control of the soil on which he’s standing. It is unspeakably dirty and bloody and stretches every molecule of a youngster’s ability to cope with horrific realities.

Take a look at the photo above and try to remember that most of those pictured are barely 21 years old, although they look 30. War does that to people. It steals their youth and often their lives. We don’t know the fate of those captured in this single frame, but look at them and ask yourself, “Which ones didn’t make it?” And what effect did that day, and the weeks that followed, have on those who survived? And on the families of those who didn’t return? It’s a sobering image.

Since they’re not wearing parachutes, it’s probable that they arrived in France huddled in the back of a wood and fabric box that was loosely referred to as a glider. Each hoped they would survive the flight without being swatted down like a bug by ground fire. Then they hoped to survive the landing, which, in the best case scenario, would be some variation of a crash. Once on the ground, they hoped they’d make it to cover before the enemy descended upon them, massacring them while they were still strapped in their seats.

They could also be among the roughly 140,000 who made their entrance on D-Day huddled down behind the ramp of an assault craft bounding through the cold surf. They hoped their slow-moving, tub-like craft made it to the beach before an 88mm round found them. Then they hoped a machine gunner hidden in the bluffs above didn’t have his sights zeroed in on them, ready to mow them down the instant the ramp was dropped. Finally, they hoped they weren’t cut down while wading through the waist-deep surf or while inching their way across the exposed beach on their bellies. All of this happened before they were even in a position from which they could return fire.

Brains flooded with adrenaline eventually become numb to their probable fate. At first terrified and overwhelmed at the carnage around them, their thought processes quickly mutated into another mode. Their goal became the goal of the unit and they thought no further than the next step, the next firing position, the next way to thwart the enemy and keep advancing. And they did everything possible to protect their buddy lying next to them.

We don’t celebrate anniversaries such as D-Day’s 70th. “Celebrate” is the wrong word. We remember and honor days such as June 6, 1944. There is nothing to celebrate about such an immense loss of life. We do, however, pay tribute to those who were there and reach out to those few still among us to whom the word “Normandy” triggers very personal memories. Their actions changed history and marked the beginning of the end of an evil so enormous that later generations can’t begin to comprehend it.

When we talk about the role of aviation over the beaches that day, it’s important we remember why those pilots were there in the first place. As they looked down at the sand crawling with ant-like figures that were their brothers in arms, they knew deep in their gut that every strafing pass, every rocket launched, might be saving a GI’s life.  And they would take any risk necessary to complete that mission.

In the final analysis, worldwide freedom was won by history’s most perfect and most effective weapon system: the infantryman and his rifle.