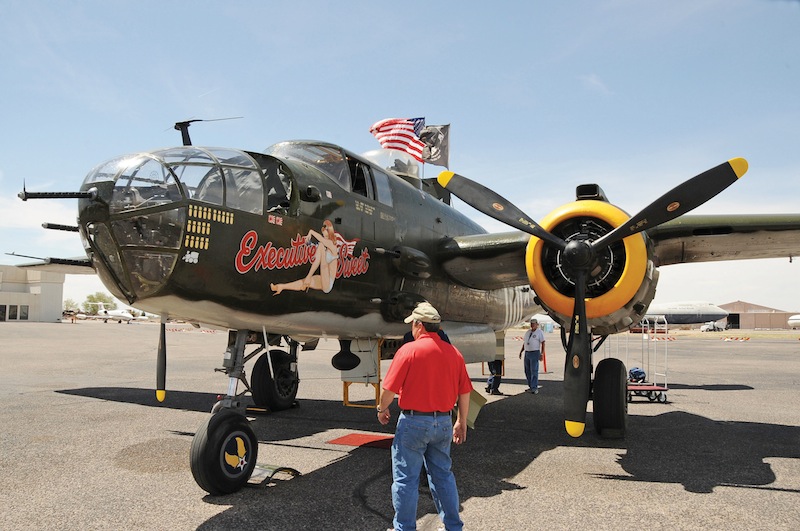 The preparations are nearing completion. The final details are being fine tuned. And the planes will begin arriving for the 2013 Big Bear Air Fair in California. Celebrating aviation history, the Big Bear Air Fair is tomorrow at the Big Bear City Airport. Gates open at 7 a.m., with an opening ceremony featuring skydivers, presentation of colors and more set for 9 a.m. Admission is $2 per person.

Planes representing myriad generations, from warbirds to a corporate jet will be on display. Many of the craft are open for guests to walk through, according to Gary Conder, Air Fair coordinator. “I think that’s what will be a big draw,” Conder said. “There’s even a reproduction of the Fokker Triplane that the Red Baron flew in World War I.”

Aircraft set to make an appearance at the event include a Republic P-47 Thunderbolt, Grumman F4F Wildcat, F6F Hellcat, F8F Bearcat, Supermarine Spitfire Mk XIV, a Mitsubishi Zero, and a pair of North American B-25 Mitchells. Movie and television stars are also expected to fly in to Big Bear City Airport.

For the complete story by Judi Bowers of the Big Bear Grizzly, click here. To visit the event site, click here.