My own interest in warbirds goes back to the BT-13 my father bought and parked in front of his store to draw in customers; that was when I was six years old. Other kids had jungle gyms to climb on—I had a BT-13, and surplus airplanes were everywhere. On our semimonthly trip to visit my mother’s relatives in southeast Nebraska, we always passed by a crop-dusting operation that had its ramp enclosed by a fence made out of Stearman wings standing on end—at least 50 of them!

Going to college in Oklahoma in the ’60s, I found that many country airports had AT-6s sinking into the weeds. Those that didn’t have a Texan seemed to have rotting B-25s. One airport had been an Air Materiel Command depot and was a wonderful kind of junkyard. There were four lines of wooden crates, 75 to 100 yards long. They measured two crates wide and two high, and each held a Merlin or Allison engine. The weeds surrounding them held probably a dozen derelict BT-13s, a P-47, and a stripped P-38. Bucket seats out of one of the BT-13s now reside in the Model A Ford hot-rod roadster that sits in my garage.

When cleaning out my parents’ home, I found that my mother had kept almost everything from my youth. This included the Trade-a-Plane ad I had placed as a graduating college student and the response letters to it. The year was 1965. The ad read, “Before I get married and have kids, I want my fighter. Looking for P-51s and P-40s. What do you have?” I got two dozen letters, and the Mustangs started at $1,000 and went up to $3,000 for one with a zero-time -9 Merlin. P-40s started at $400 and topped out at $1,000!

And then there were the eight or so Corsairs and four P-38s I ran across in Blythe, California, on the way to Los Angeles to play a gig.

Out of grad school in ’68 and just married, I stumbled onto a complete Mustang in Ohio ANG markings, sitting on special shipping skids hidden among hundreds of crates full of surplus WW II parts. It was totally military, including the fuselage tank, armor plate, zero-length rails, etc. I asked the salvor what he wanted for it, and he said, “I paid $350 for it and had to have it shipped in, so I absolutely have to get $700.” I couldn’t scrounge up the money fast enough and found myself the owner of a pristine Mustang that was missing only the engine. A month later, I bought a preserved, military-overhauled -7 Merlin for another $1,000.

Then a friend sold his Mustang for $100K and sent a photocopy of the check around to all his friends to prove that he had actually gotten that much.

And so it was back in the day! “And the times, they are a-changin’!” 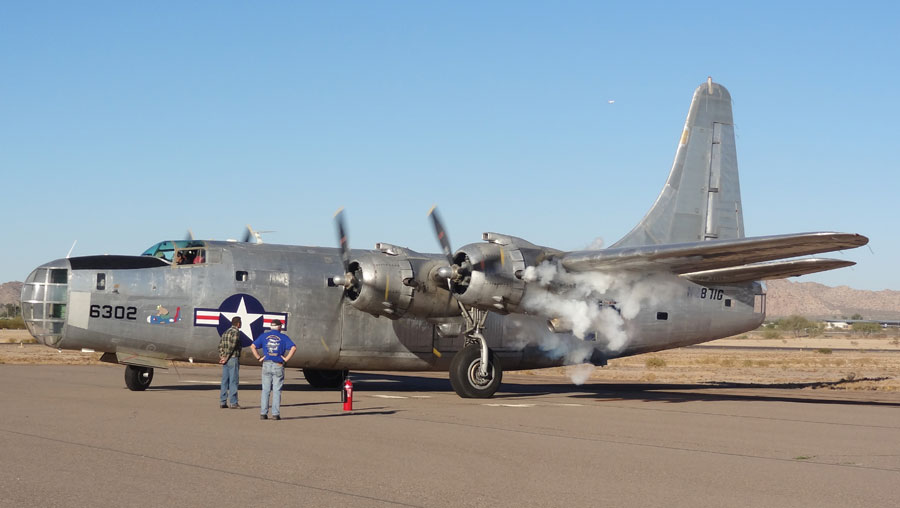 The firebombing company of Hawkins & Powers in Greybull, Wyoming, operated a large number of WW II bombers for decades. This is why a number of them, including this PB4Y-2 Privateer, now under GossHawk’s care and owned by SAC Holding Corporation, an affiliate of U-Haul International, have survived to thrill airshow audiences. (Photo courtesy GossHawk Unlimited) 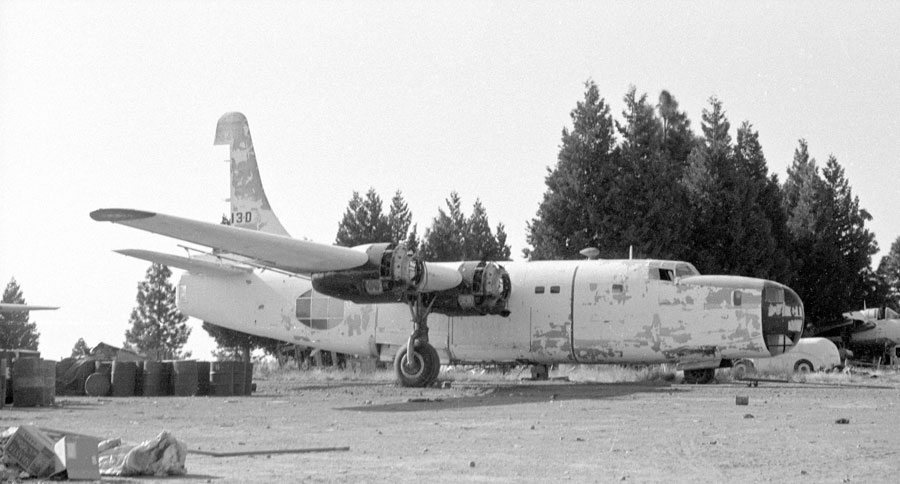 A number of the bigger WW II aircraft were put to work. Spray booms on the wings indicate that this PB4Y-2 Privateer killed its share of mosquitoes before it was deemed useless and was abandoned. (Photo by Fred Johnsen)