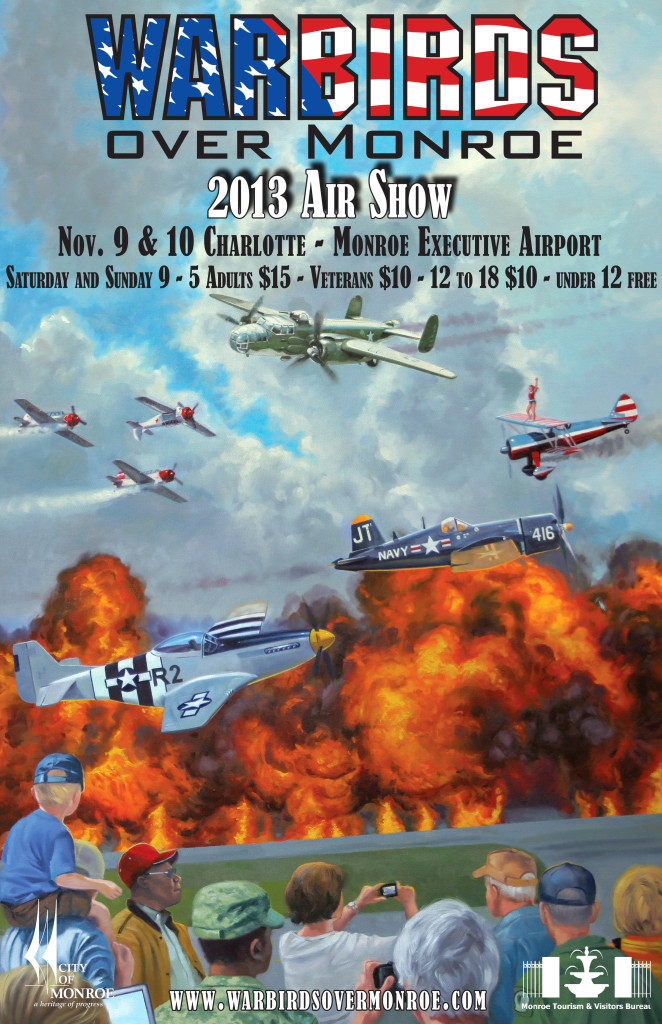 A variety of warbirds, from trainers to fighters, plus aerobatic teams and solo acts, will be flying high this weekend at the Warbirds Over Monroe Air Show in Monroe, N.C.

Held at the Charlotte-Monroe Executive Airport southeast of Charlotte on Saturday and Sunday from 9 a.m. to 5 p.m., the event is slated to host a pair each of North American B-25 Mitchells and P-51 Mustangs, a Douglas A-26C Invader, a Chance Vought F4U Corsair, a Douglas C-54 Skymaster, as well as several U.S. and Russian trainers.

In 2005, an event called Warriors & Warbirds started as a dream of several local pilots. With help from the city of Monroe, the Veterans Council of Union County, local businesses and the hard work of volunteers, the Warbirds Over Monroe Air Show has grown into one of the areas largest aviation events honoring those who have served.