One of the all time famous fighters to come out of WW 2, the P-40 was conceived as a pursuit aircraft and was agile at low and medium altitudes. However, it suffered from a lack of power at higher altitudes. At medium and high speeds it was one of the tightest-turning early monoplane designs of the war, and it could out turn most opponents it faced in North Africa and the Russian Front. In the Pacific Theater it was out-turned at lower speeds by the lighter weight fighters like the A6M Zero and the Nakajima Ki-43 Oscar which lacked the P-40’s structural strength for high-speed hard turns. The American Volunteer Group Commander Claire Chennault advised against prolonged dog-fighting with the Japanese fighters due to speed reduction favoring the Japanese. 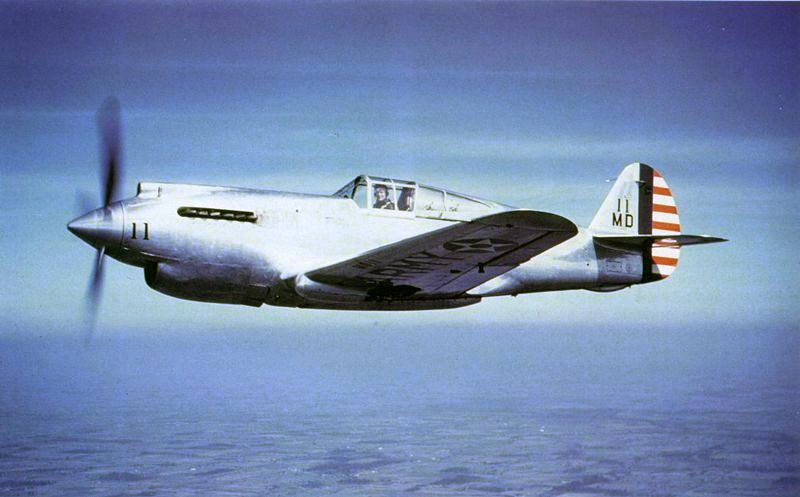 Allison’s V-1710 engines produced 1,040hp at sea level and 14,000 ft. This was not powerful compared with contemporary fighters, and the early P-40 variants’ top speeds were only average. The single-stage, single-speed supercharger meant that the P-40 was a poor high-altitude fighter. Later versions, powered with the 1,200hp (890 kW) Allison engines or the more powerful 1,400hp Packard Merlin engines were more capable. Climb performance was fair to poor, depending on the subtype. Dive acceleration was good and dive speed was excellent. 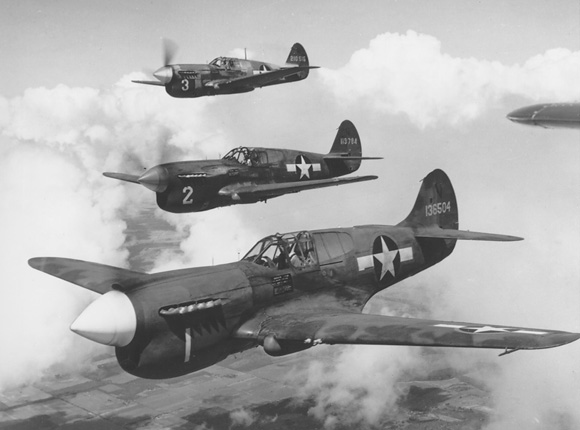 The highest-scoring P-40 ace, Clive Caldwell (RAAF), who claimed 22 of his 28 + kills in the type, said that the P-40 had “almost no vices”, although “it was a little difficult to control in terminal velocity”. The P-40 had one of the fastest maximum dive speeds of any fighter of the early war period, and good high-speed handling. 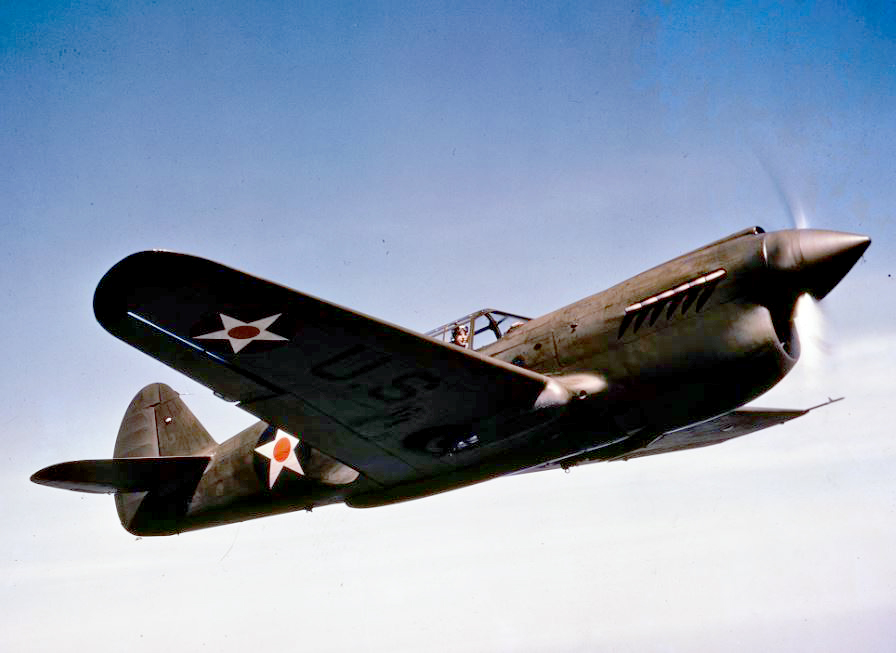