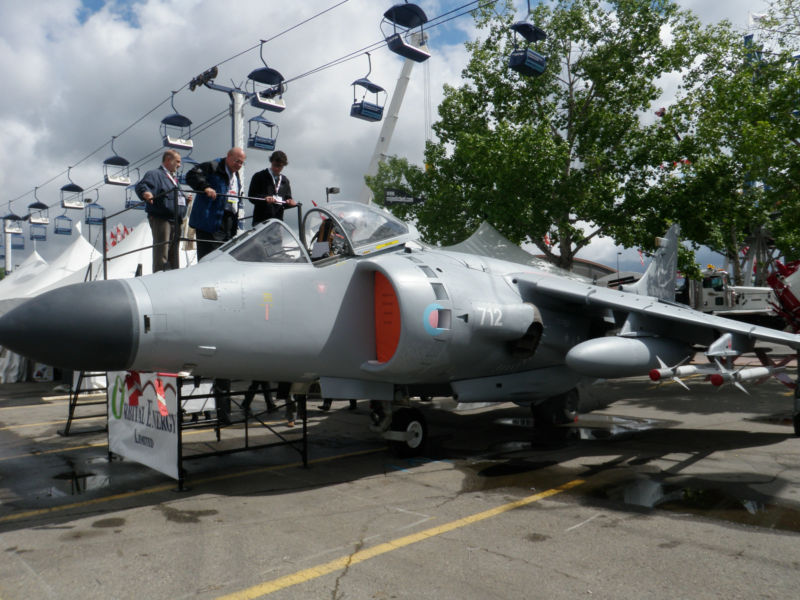 From time to time, some unusual items appear on eBay, such as the state of West Virginia, but this latest one is actually obtainable. Yep, it’s a genuine British Aerospace Sea Harrier, the naval version of the Hawker Siddeley Harrier, best known as the Jump Jet.

The model in question is actually an FA2, the updated version of the original Sea Harrier, built for the Royal Navy from 1993 to 1998. It’s got improved air-to-air abilities and weapons compatibilities, as well as a more powerful engine. Of course, the upgrades are strictly academic in this case, as Canadian owner Ian Cotton says ZD615 isn’t airworthy. Oh, well. Bidding starts at a cool $500,000.

To learn more, click here, and good luck to those who bid.

Photo by Ian Cotton via eBay