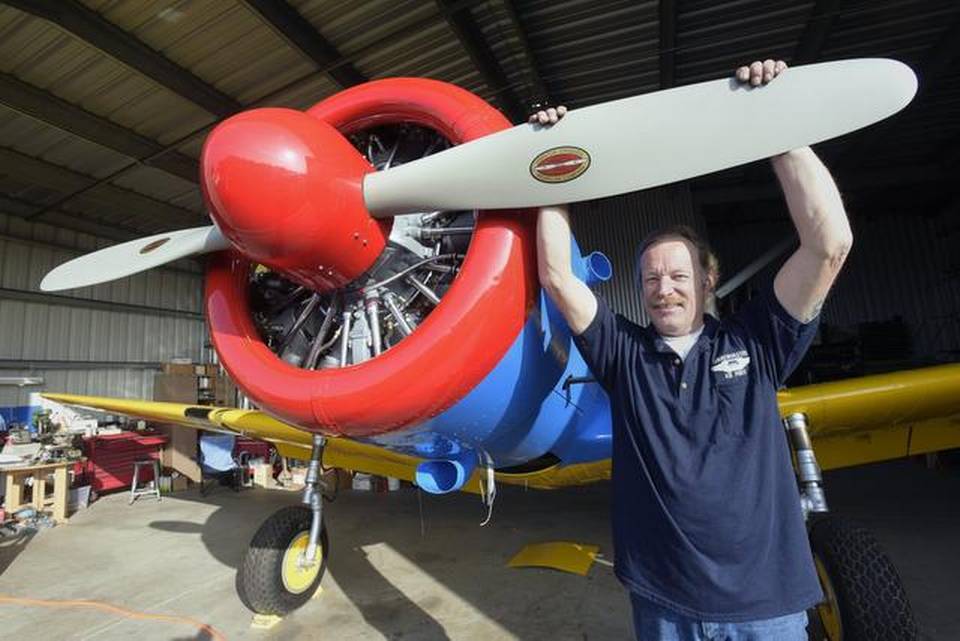 A U.S. Army trainer plane from World War II, close to going airborne for the first time in 70 years, will make that “maiden voyage” from California’s Modesto Airport.

The Vultee BT-13 Valiant was in pieces, spread between three hangars at the airport, when Jason Reid purchased it from the Commemorative Air Force there. When he’s done, it will be among an elite group of fewer than 50 airworthy BT-13s in existence.

“A lot of military bases still have something like this out there, but all they are is a shell and … they will probably never fly again,” Reid said.

For the complete story by Erin Tracy of The Modesto Bee, click here.

Photo by The Modesto Bee