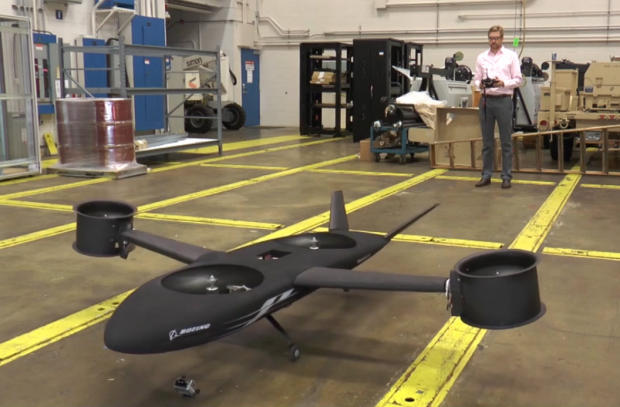 The longtime hunt for the ultimate military hybrid – part helicopter, part airplane – may finally be over. Narrowed down to a final four contenders, the Phantom Swift has come out of the gate looking strong with a smart design and the coolest name.

Made by Boeing, the aircraft giant’s strange design incorporates fans on both the fuselage and wingtips that provide efficient vertical lift; the pair in the fuselage are then covered when it shifts into cruise mode. Smaller ducted fans on the wingtips provide forward thrust and enhanced lift and control in hover mode.

Boeing is one of four teams to receive a $17-million contract from the Defense Advanced Research Projects Agency, the fearless innovation arm of the military that is better known as DARPA. The agency hopes the proposed “VTOL X-Plane” will give the military unprecedented capabilities.

For the complete story by Allison Barrie of FoxNews.com, click here.