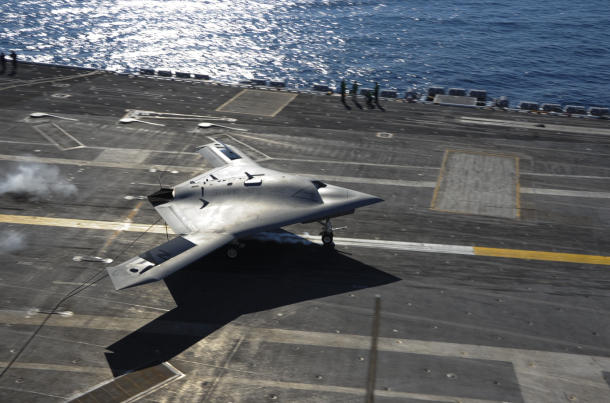 The U.S.S. Theodore Roosevelt returned to port last week after hosting the Northrop Grumman X-47B unmanned combat air vehicle for more at-sea trials. The goal was to test the aircraft’s interaction with the ship in off-nominal wind conditions. Nominal conditions are winds up to 25 knots right down the runway on deck. Testers were looking for 35 knots of relative winds and crosswinds up to 7 knots.

Here are a few statistics from the tests:

21 of those were touch and gos

For videos of the trials by Amy Butler of Aviation Week, click here.