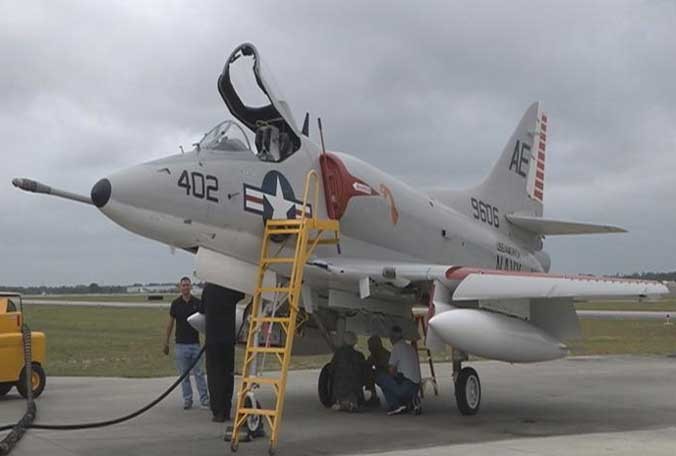 Another historic plane is now on display at Brevard County’s Valiant Air Command Warbird Museum in Florida after more than seven years of restoration.

Windy conditions kept the Douglas A-4C Skyhawk from taking to the skies over Titusville Thursday for a training flight. The Vietnam-era Navy attack jet was hit during the war and the pilot was able to get back to an aircraft carrier.

The airplane was reassembled using spare parts. It now looks as it did when it was built in 1962 and was able to reach speeds of up to 600 miles per hour.

For the complete story by Greg Pallone of News 13 (Orlando, Fla.), click here.