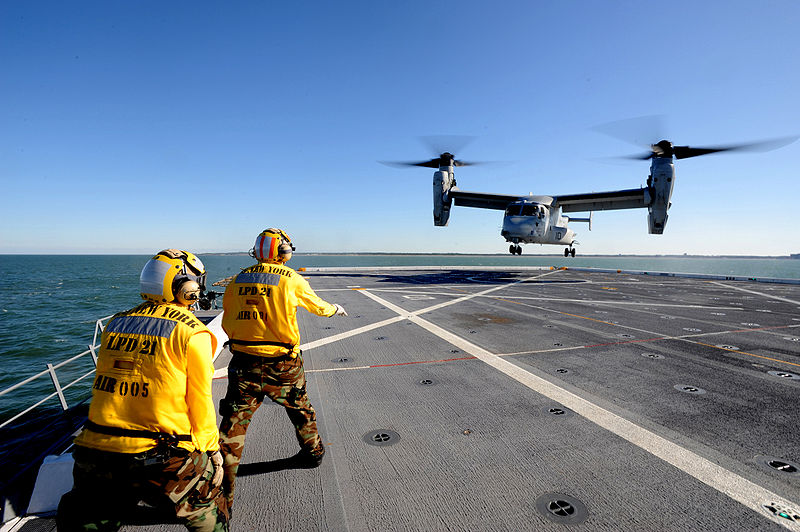 The UK is among the countries that have been briefed on the V-22 as its maker, Bell Boeing, embarks on an export drive of the innovative aircraft that can transform from a plane into a helicopter. Also known as the Osprey, it has completed flight testing from a UK ship.

The V-22, inspired by a capability gap identified following mistakes made during the Iranian hostage crisis, recently entered service in President Obama’s fleet and has been successful on flights in Afghanistan, including a rescue mission.

For the complete story by Tracey Boles of the (London) Daily Express, click here.