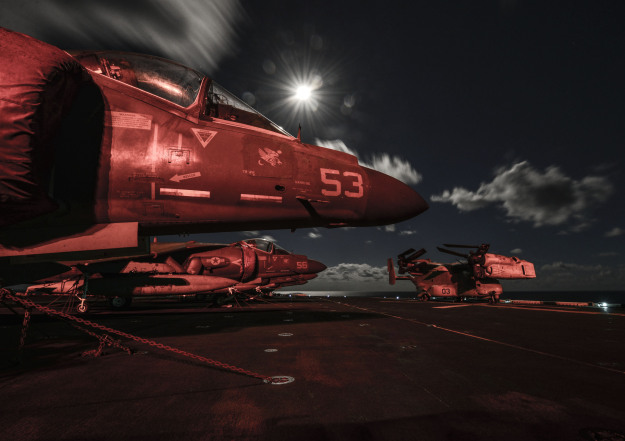 The U.S. Marine Corps will phase out the Boeing AV-8B Harrier II jump jet by 2025 — about five years earlier than planned — and will instead extend the life of its fleet of aging Boeing F/A-18 Hornet strike fighters, according to the service’s recently released 2015 aviation plan.

In previous years, the service had said it would replace its increasingly older fleet of original model Boeing F/A-18A – D Hornet strike fighters before retiring the Harriers before replacing both fighters with the Lockheed Martin F-35 Lighting II Joint Strike Fighter (JSF).

Now, the Harrier will be retired in 2025 and the Hornets will hang on until 2029 for the active duty Marines.

For the complete story by Dave Majumdar of USNI News, click here.