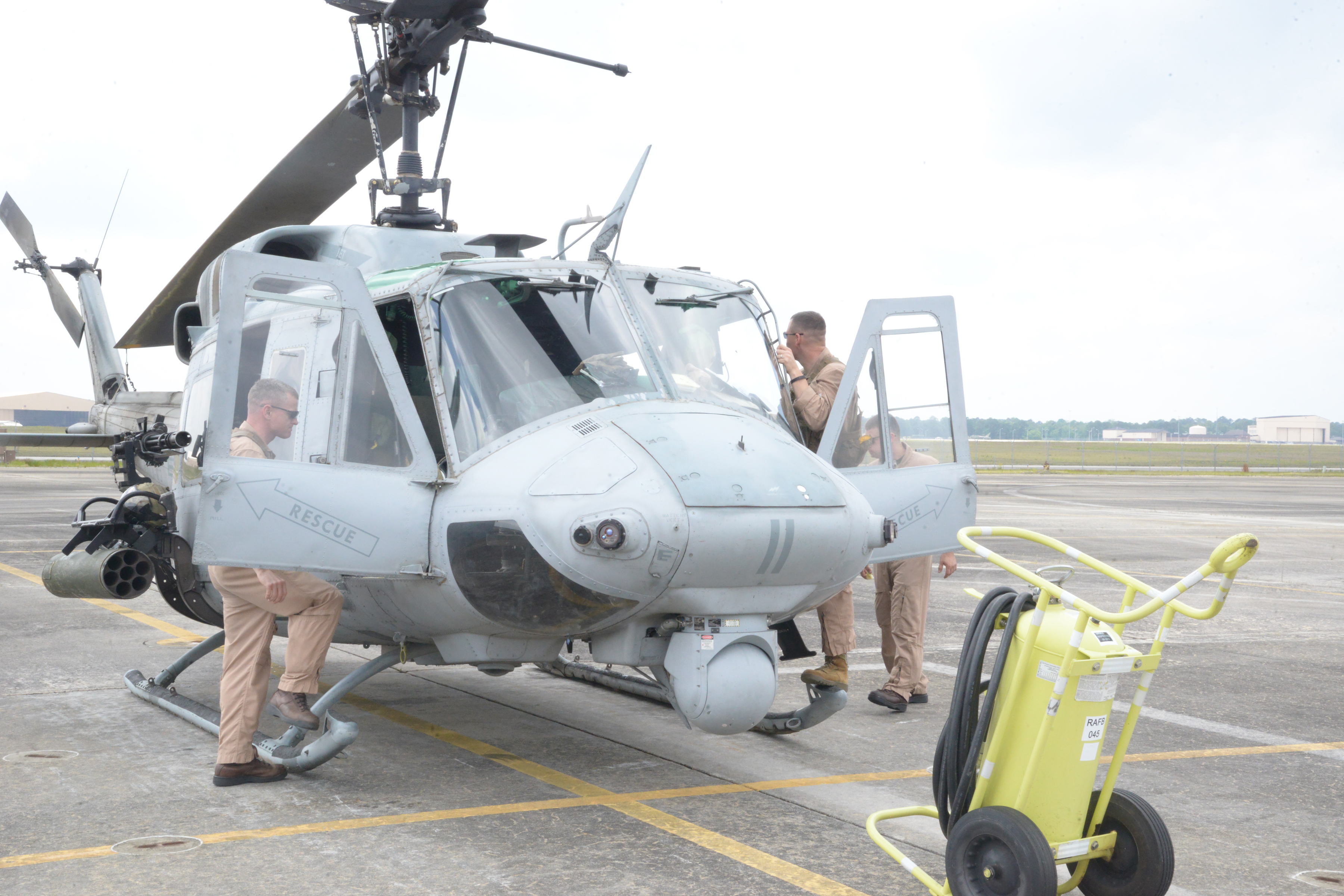 For Marine Corps aviators at Robins, the past week has been a bit nostalgic.

That’s because the Corps’ fleet of UH-1N Huey helicopters is being replaced with the newer UH-1Y model. The first of the new upgraded, four-bladed variants is scheduled to be delivered to Marine Light Attack Helicopter Squadron 773 this summer. But before that happens, pilots who fly the UH-1N knew the day would come when its reliable twin-blades would turn for one final flight above Middle Georgia.

“It’s a bittersweet departure,” said Capt. Brett Keller, HMLA-773 assistant aircraft maintenance officer. “Besides flight school aircraft, it’s the only aircraft I’ve ever flown.” Keller, who has flown the UH-1N since 2007, said what he enjoyed most was the utility nature of the aircraft, capable of performing any task. He described it as not only highly reliable, but easily recognized by sight and by the distinctive sound emanating from its rotor head.

“Usually when the Marine Corps doesn’t know what mission to assign an airframe, the Huey guys get a crack at it because we fit into any mission set that’s out there,” he said.

For the complete story by Jenny Gordon of Robins Air Force Base Public Affairs, click here.