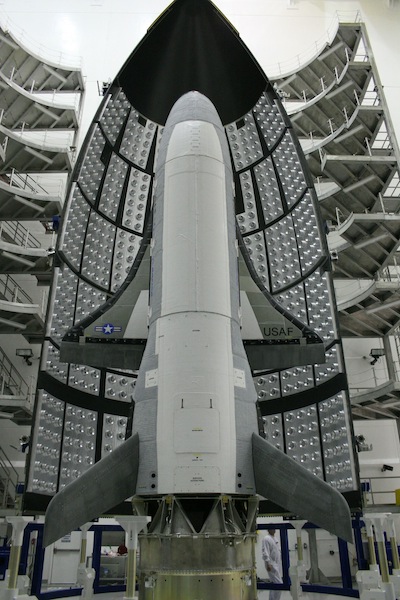 The military’s mysterious mini-shuttle is set to launch this week on a classified mission that has captured the imaginations of everyone from amateur satellite trackers to anti-nuclear protestors and potential military adversaries Russia and China.

Built by Boeing’s secretive Phantom Works in Huntington Beach, Calif., the Air Force X-37B spacecraft is rumored to be everything from a space bomber to a satellite-killer or a test-bed for advanced spy satellite sensors. The Air Force is revealing little.

“Inquiring minds want to know, right?” said John Pike, director of GlobalSecurity.org, a leading source of defense, space and intelligence information. “But posing this question presumes that (the mini-shuttle) does serve some specific purpose. And I think that might be imposing greater rationality on the whole thing than is warranted.”

For the complete story by Todd Halvorson of Florida Today via the Air Force Times, click here.