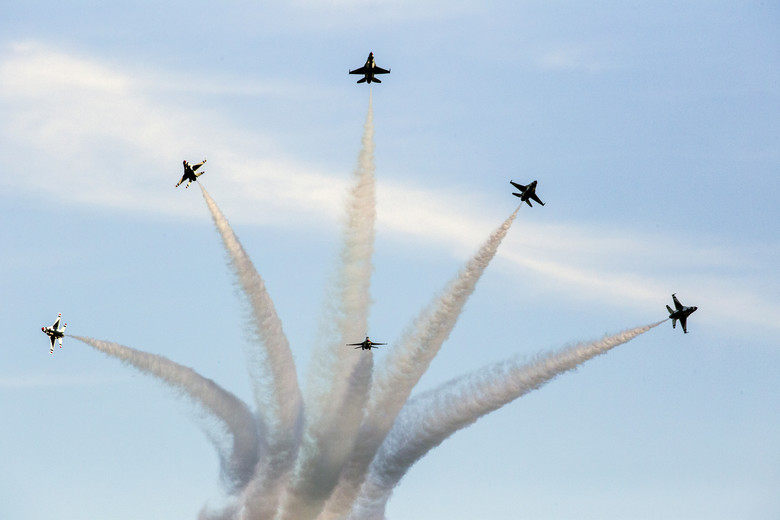 “Supporting this event is a tremendous honor for the team and the U.S. Air Force,” said Lt. Col. John Caldwell, Thunderbirds’ commander and leader. “We always look forward to showcasing the pride, precision and professionalism of our nation’s 660,000 Total Force Airmen to football fans around the world.”

The Thunderbirds’ flyover, its first public event in 2019, featured six F-16 Fighting Falcons, soaring over the Mercedes-Benz Stadium at the moment the final notes of The Star Spangled Banner were sung by Gladys Knight. They took off for the Super Bowl LIII flyover from Dobbins Air Reserve Base, Marietta, Georgia. The Thunderbirds last flew over the Super Bowl in 2017 at the NRG Stadium, in Houston.

The Thunderbirds’ team is composed of eight pilots, four support officers, 120 enlisted Airmen and three civilians serving in 28 Air Force job specialties. In 2019, the Thunderbirds are scheduled to perform at 65 air shows in 33 different locations all over the world.

Since the unit’s inception in 1953, more than 300 million people in all 50 states and 60 countries have witnessed the distinctive red, white and blue jets in thousands of official aerial demonstrations.