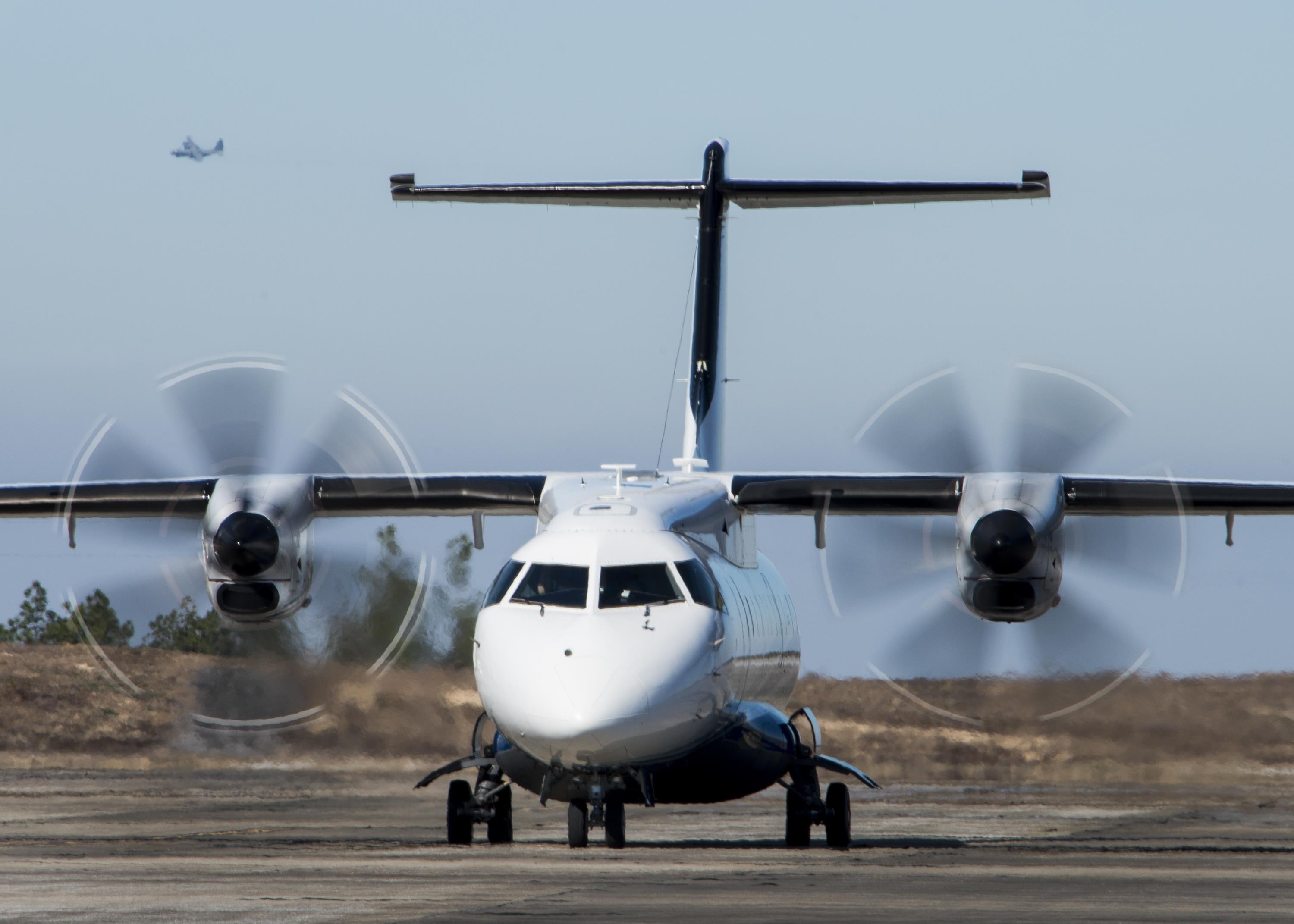 One of the 5th SOS reservists who instructed the flight was Maj. Matthew Torney. Torney is an instructor pilot and new reservist who flew F-16s, U-28s and the C-146 on active-duty less than a year ago. He carries a flight skill code that allows him to operate as a mission commander during flights and help the C-146 formal training unit handle an increased student load yet still graduating students ahead of schedule.

“This is an outstanding example of how the reserves can utilize an Airman separating from active duty and quickly incorporate them right back into the same mission set with a minimum of training down time,” said White.

The C-146 is a slightly larger, ‘big brother’ to the C-145A that currently occupies the 919th Special Operations Wing flightline at Duke Field. The Wolfhound travels longer distances and lands on longer surfaces. It is faster and has a much higher take-off weight capacity.

The 5th SOS flight is a first of many involving the Wolfhound and the 919th SOW. The aircraft will be a new addition to Duke Field in 2015, according to Col. Jim Phillips, the 919th SOW commander.

The 49th Special Operations Squadron, a reserve operational nonstandard aviation squadron is scheduled to stand up here this fall with concentration exclusively on the C-146.

In the meantime, to help alleviate cost and travel expenses, the 5th SOS procured a C-145/C-146 simulator, located at Duke, so some of the essential basic instruction can be accomplished outside of the aircraft. Currently all of the C-146 flight training is done at Cannon.

“This is a huge help since it can be either airframe and since there isn’t another C-145 trainer anywhere,” said White. “It will alleviate students from sitting in the aircraft while practicing checklists and basic flight training.”

The 5th SOS reservists provide instruction for the U-28, C-145, C-146, AC-130U and MC-130H with their total force initiative active-duty squadron, the 19th Special Operations Squadron.

“This is an continuation of what the 5th has been doing for the past seven years as a TFI partner to AFSOC and AFSOAWC (Air Force Special Operations Air Warfare Center) to fulfill our mission of training Air Commandos on special ops platforms,” said White.