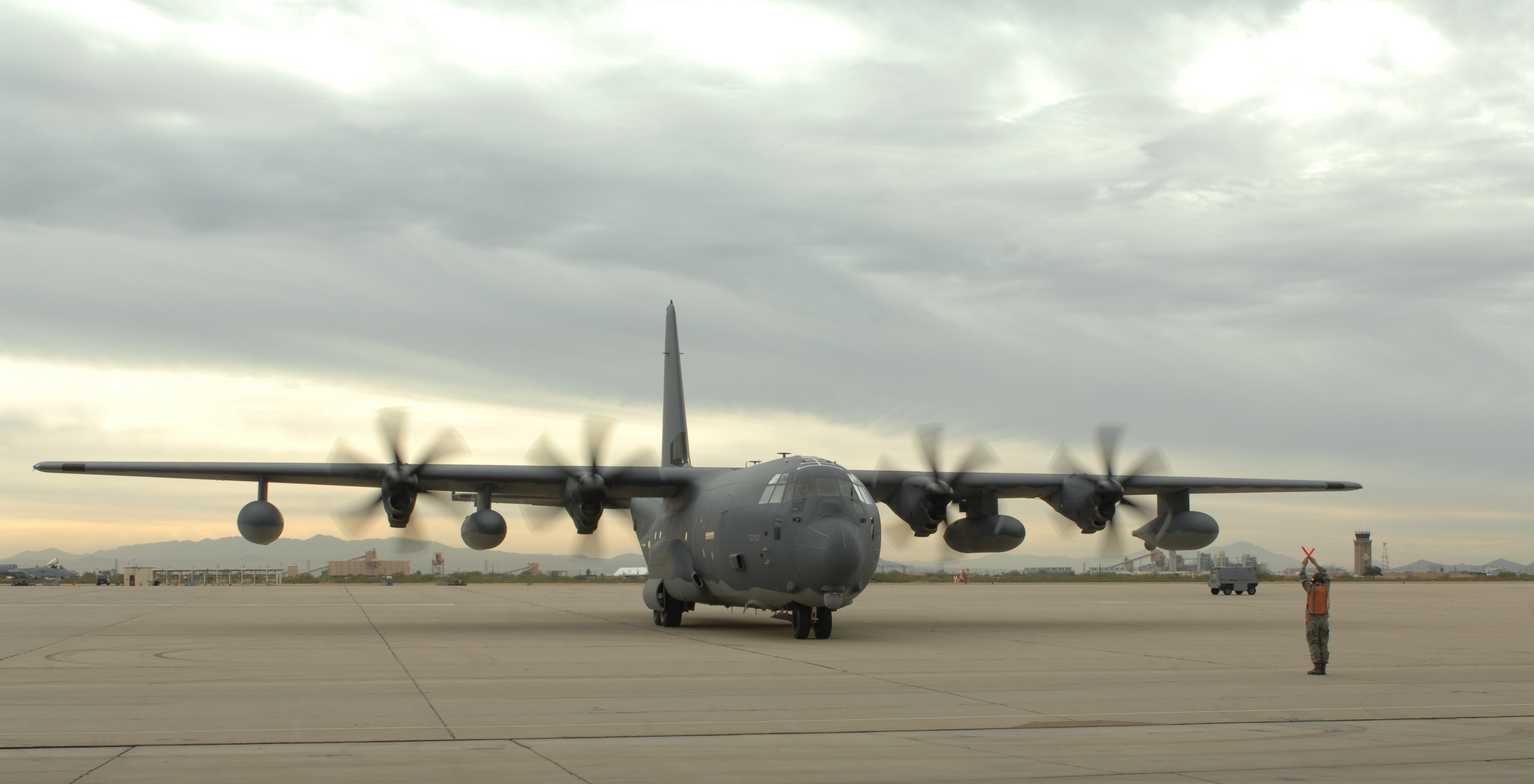 The 563rd Rescue Group directs flying operations for the Air Force’s only active duty rescue wing dedicated to combat search and rescue operations. The new HC-130J aircraft, based on the venerable C-130 Hercules, replaces the HC-130P, a 1960s era aircraft in use by the 79th Rescue Squadron.

The new plane was welcomed by a formation of 21 Airmen who, upon arrival of the HC-130J, rendered salutes while a crowd waited to participate in the ceremony. The advanced HC-130J is specifically designed for combat search and rescue missions.

“This aircraft means enhanced survivability for our HH-60s and our guardian angels,” said Hanover, referring to the team of Airmen and pararescue professionals who serve under the motto “so others may live” and stand ready to deploy on a moment’s notice anywhere in the world. The Sikorsky HH-60 Pave Hawk helicopters are able to provide comprehensive modern medical care from the injury site while en route to a distant hospital.

“It means enhanced effectiveness and speed when getting to our isolated personnel when providing lifesaving medical care and support,” said Hanover. “It is a C-130 variant, but the differences make it an entirely different aircraft. I wish we could give it a different number because it is so radically advanced.”

Davis-Monthan is honored to receive the very first combat ready J model because of the significant milestone it represents to the rescue and Air Force community.

The upgrades present on the HC-130J that make it so advanced include improved navigation, threat detection and countermeasures systems. The aircraft fleet has a fully-integrated inertial navigation and global positioning system, and interior and exterior lighting that are compatible with night vision goggles. It also has forward-looking infrared, radar and missile warning receivers, chaff and flare dispensers, satellite and data-burst communications and the ability to receive fuel inflight via a Universal Aerial Refueling Receptacle Slipway Installation.

“This aircraft allows us to update our personal rescue force,” said Staff Sgt. Derek Ruud, 923rd Aircraft Maintenance Squadron crew chief. “We’ll have better capabilities which will allow us to get our mission done quicker and more effectively.”

With D-M receiving the new HC-130Js, the mission ability of the 79th RQS will improve.

“We’ll be able to deploy anytime, anywhere and provide 24-hour coverage,” Ruud said. “The C-130s we had before were from the 1960s, so we would have problems with them breaking. We won’t have that issue now. We’ll be able to launch the aircraft quicker.”