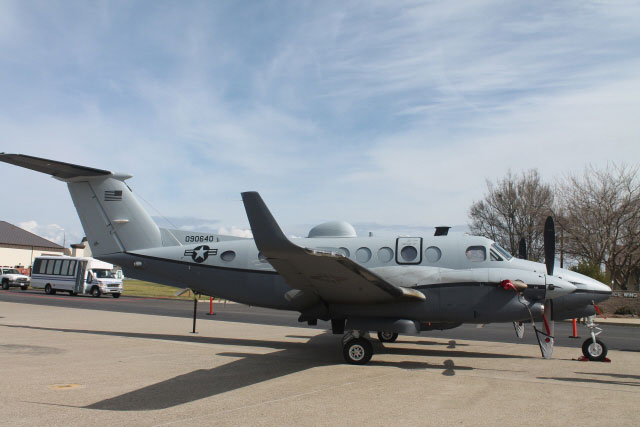 They throw some light on a relatively unknown fleet of ISR aircraft that is currently “owned” by Air Combat Command, but likely to move to Air Force Special Operations Command (AFSOC) next year.

Thirty-seven MC-12Ws based on the Beechcraft King Air 350 (eight aircraft) and 350ER(29 aircraft) were hurriedly acquired between 2008 and 2010 to fill a perceived gap in responsive ISR and close air support to U.S. ground troops in Iraq and Afghanistan. L-3 Mission Integration was the contractor that modified the basic aircraft by adding the Wescam Mx-15Di full-motion video and targeting sensor, a Sigint system, multiple radios and a dual datalink (line-of-sight and satcom). L-3 has subsequently marketed a similar conversion for export as the Spydr.