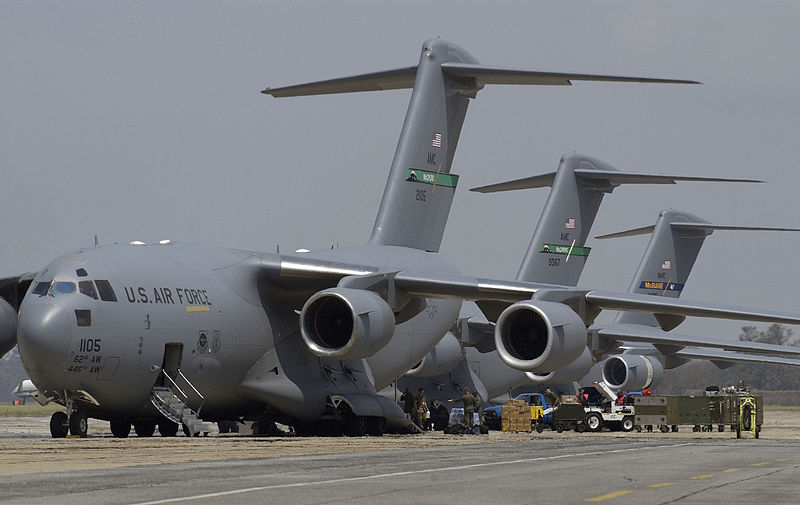 The U.S. Air Force is celebrating the 20th anniversary of the Boeing C-17 Globemaster III, its workhorse transport aircraft. A ceremony scheduled for Wednesday is being held at Joint Base Charleston’s Air Base in South Carolina.

There are 53 C-17s assigned to the 437th Airlift Wing. Since 1993, more than 200 of the aircraft have been produced and delivered to various bases throughout the Air Force. The C-17 delivers troops and cargo to points around the world on transport missions. It is also capable of airdrop missions and transporting patients on medical evacuations.

The event comes just months after the last USAF C-17, aircraft number P-223, rolled off the Boeing assembly line in Long Beach, Calif., for its inaugural flight to Joint Base Charleston.