Since late January, American B-1B and B-52 bombers, usually operating in pairs, have flown about 20 missions over key waterways, including the South China Sea, the East China Sea and the Sea of Japan, according to accounts of these flights from U.S. Air Force statements and official social media posts. 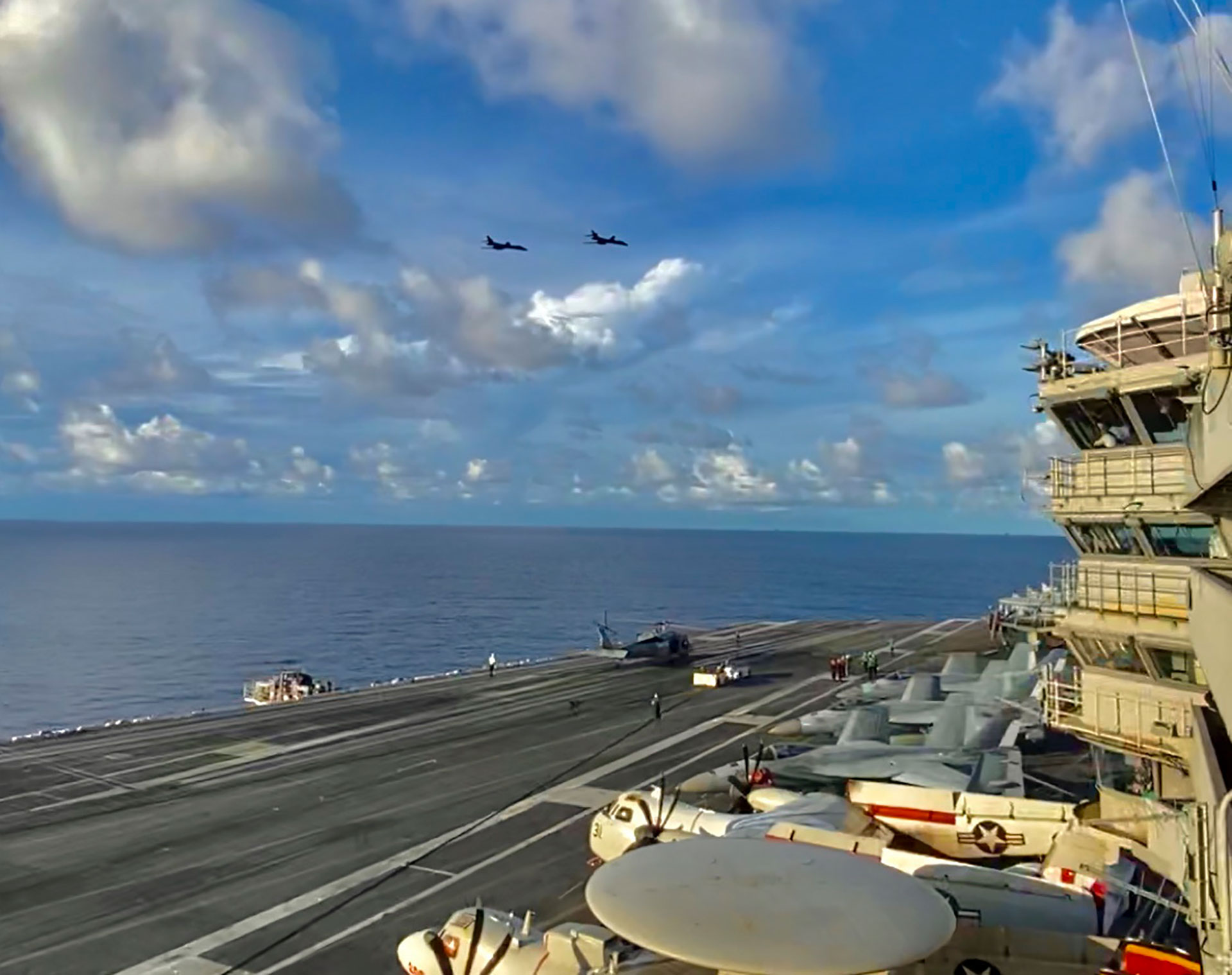 (Above) A pair of B-1B Lancer Bombers fly over the USS Ronald Reagan aircraft carrier.

These missions, military analysts say, are designed to send a crystal-clear signal: The United States can threaten China’s fleet and Chinese land targets at any time, from distant bases, without having to move America’s aircraft carriers and other expensive surface warships within range of Beijing’s massive arsenal of missiles.

Recently two U.S Air Force B-1B bombers took off from Guam and headed west over the Pacific Ocean to the hotly contested South China Sea. The sleek jets made a low-level pass over the aircraft carrier USS Ronald Reagan and its escorting fleet, which was exercising nearby in the Philippines Sea, according to images released by the U.S. military.

The operation was part of the Trump administration’s intensifying challenge to China’s ruling Communist Party and its sweeping territorial claims over one of the world’s most important strategic waterways. While senior Trump officials launch diplomatic and rhetorical broadsides at Beijing, the U.S. Defense Department is turning to the firepower of its heavily armed, long-range bombers as it seeks to counter Beijing’s bid to control the seas off the Chinese coast.

In this response to the growing power of China’s military, the Pentagon has combined some of its oldest weapons with some of its newest: Cold War-era bombers and cutting-edge, stealthy missiles. The supersonic B1-B first entered service in 1986; the newest plane in the B-52 fleet was built during the Kennedy administration. But these workhorses can carry a huge payload of precision weapons. A B-1B can carry 24 of the U.S. military’s stealthy new Long Range Anti-Ship Missiles, which entered service in 2018 and can strike targets at ranges of up to 600 kilometers, according to U.S. and other Western officials.