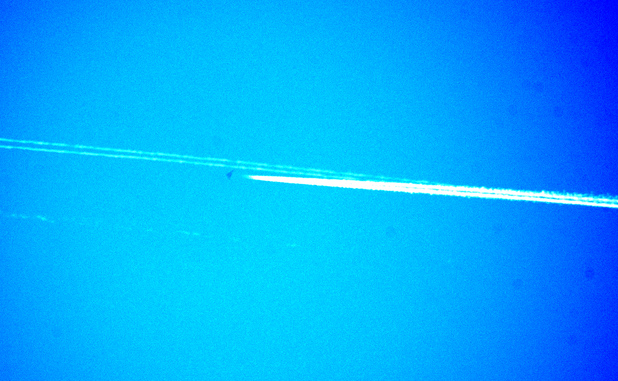 The identity of what appears to be a blended wing-body aircraft type photographed over Amarillo, Texas, on March 10 remains uncertain, with the U.S. Air Force declining any comment on the aircraft.

Three aircraft were observed flying in formation southwest of Amarillo around 4:20 p.m. CDT, by photographers on the fence line of the city’s international airport. One of the aircraft could be a Northrop Grumman B-2 Spirit, but the clearest color photos and monochrome images enhanced (for contrast and resolution) with commercial software suggest a blended shape with a straight trailing edge. Steve Douglass, one of the photographers and an experienced aircraft observer, says the aircraft were “larger than fighter-size” and appeared similar in wingspan to commercial traffic.

The formation was not using Mode S transponders, according to a review of records at the Flightradar24 air-traffic-tracking site. Radio transmissions apparently associated with the flight were intercepted and recorded, possibly including the call sign “Sienna.”

For the complete story by Bill Sweetman of AviationWeek.com, click here.

Photo by Steve Douglass via AviationWeek.com