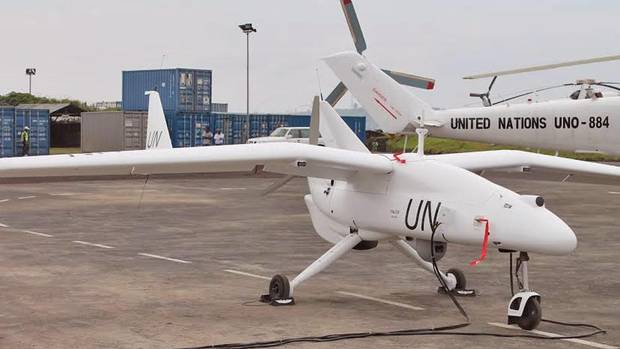 The aircraft will be used to look out for threats from a host of local and foreign armed groups in the mineral rich east where Congo and U.N. experts have accused Rwanda and Uganda of sending arms and troops to back the recently-defeated M23 rebels, something both countries deny.

“The drones … will allow us to have reliable information about the movement of populations in the areas where there are armed groups,” U.N. Under-Secretary-General for Peacekeeping Operations Herve Ladsous said at the launch of the drones — Falco UAVs made by Italy’s Selex ES — in Goma, the largest city in eastern Congo.

For the complete story by Kenny Katombe of Reuters, click here.