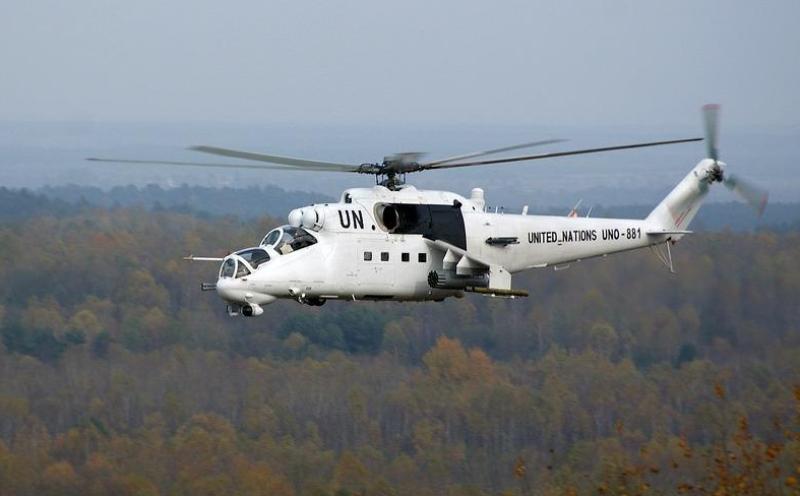 The United Nations expressed concern Wednesday over footage purporting to show Ukrainian troops using a helicopter painted with the organization’s colors and insignia.

LIfe News is officially independent but reportedly has ties to Russian security services. It posted a video of one of the Mil Mi-24 helicopters and the raw footage was posted to YouTube by the Russian state-run broadcaster Russia Today.

For video and the complete story by Alexander Smith of NBC News, click here.