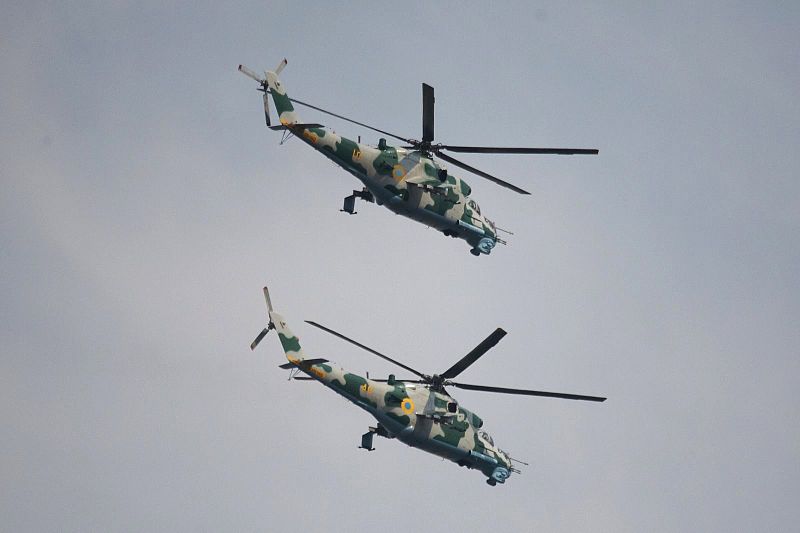 Pro-Russia forces shot down two Ukrainian helicopters Friday as Ukraine launched its first major offensive against an insurgency that has seized government buildings in the east. The Kremlin said Kiev’s move against the insurgents “destroyed” hopes for peace in the region.

Fighting broke out around dawn near Slovyansk, a city 160 kilometers (100 miles) from the Russian border that has become the focus of the armed insurgency against Ukraine’s interim government. Two helicopter crew members were killed in the crashes, both sides said, and pro-Russia militiaman was reported killed.

One of the helicopters, reported by other sources as Mil Mi-24 gunships, was hit by a surface-to-air missile, the Ukrainian Security Service said, adding that the sophisticated weapon undercut Russia’s claims the city was simply under the control of armed locals. The service said its forces were fighting “highly skilled foreign military men” in Slovyansk.

For the complete story by Peter Leonard of The Associated Press, click here.