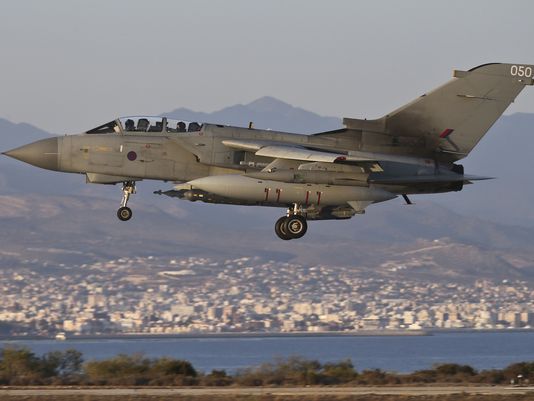 The British government has reprieved a squadron of Panavia Tornado GR4 strike jets from being axed in order to maintain its operations against Islamic State group targets in Iraq.

The announcement that 12 (Bomber) Squadron will be kept flying for a further year was made by British Defense Secretary Michael Fallon during a visit to Baghdad on Aug. 3.

The Royal Air Force has eight Tornado jets based at Akotiri, Cyprus, from where it has been mounting strike and tactical reconnaissance missions in Iraq since last year. The squadron was to have been disbanded as part of the Tornado drawdown, but a shortage of available aircraft saw the government extend the life of operations with the strike aircraft until 2016.That has now been further extended until March 2017.

For the complete story by Andrew Chuter of Defense News, click here.