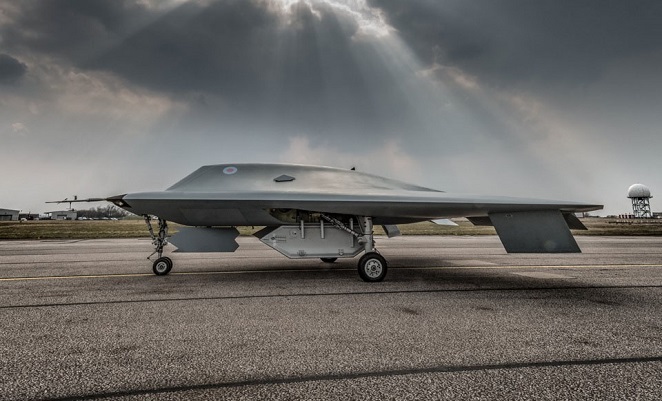 The UK Ministry of Defense has released some details about the first flight of the BAE Systems Taranis unmanned combat air vehicle concept demonstrator last year.

After several months of unconfirmed rumours, the MoD confirmed on Feb. 4 that the aircraft made its first 15-minute flight on Aug. 10, 2013, from an “undisclosed” test facility, and added that the aircraft then made “a number of flights” up to one hour duration “at a variety of altitudes and speeds.”

The facility is most likely the Australian Defense Force’s test range at Woomera in South Australia – footage from a video released by the MoD shows “outback-like” terrain under the flying aircraft and a runway alignment which corresponds to that of Woomera. BAE has previously tested its Herti and Mantis unmanned systems at Woomera due to an abundance of airspace, its remoteness, and benign weather patterns.

For the complete story by Australian Aviation, click here.

Photo by Ministry of Defense