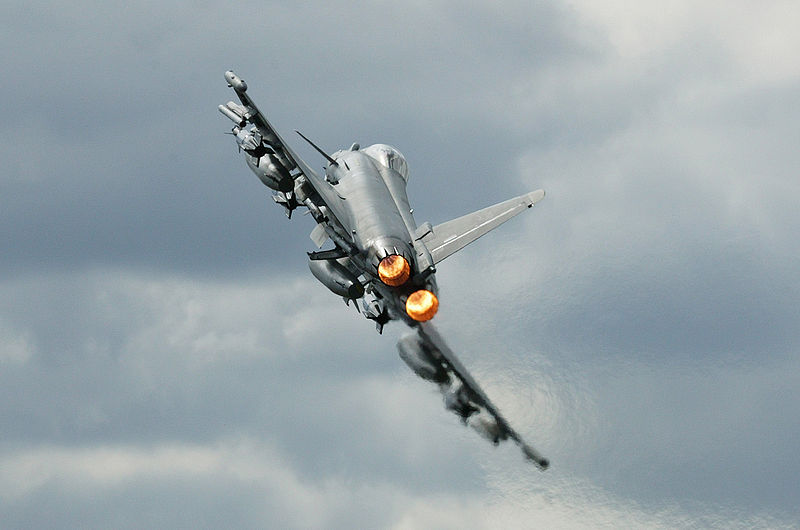 Britain scrambled fighter jets Friday to intercept a commercial airliner carrying more than 300 people from Pakistan, diverting it to an isolated runway at an airport on the outskirts of London and arresting two British passengers who allegedly threatened to destroy the plane.

A British security official said the situation involving the Pakistan International Airlines flight did not appear terror-related, though police were still investigating, but the incident further rattled the U.K. just days after a soldier was killed on a London street in a suspected terror attack. The official requested anonymity because he was not authorized to discuss the investigation.

Flight 709, a Boeing 777-200, was traveling from Lahore, Pakistan, to England’s Manchester Airport when it was diverted by the Royal Air Force to London Stansted Airport. The U.K. Ministry of Defense confirmed Eurofighter Typhoons from RAF Coningsby, which hosts four Typhoon squadrons, were launched to investigate an incident involving a civilian aircraft but gave no further details.

A Pakistani official briefed by British police and PIA security on the investigation said the two suspects, speaking Urdu, allegedly threatened to “destroy the plane” after an argument with crew. That official also spoke on condition of anonymity because he was not authorized to speak about the case.