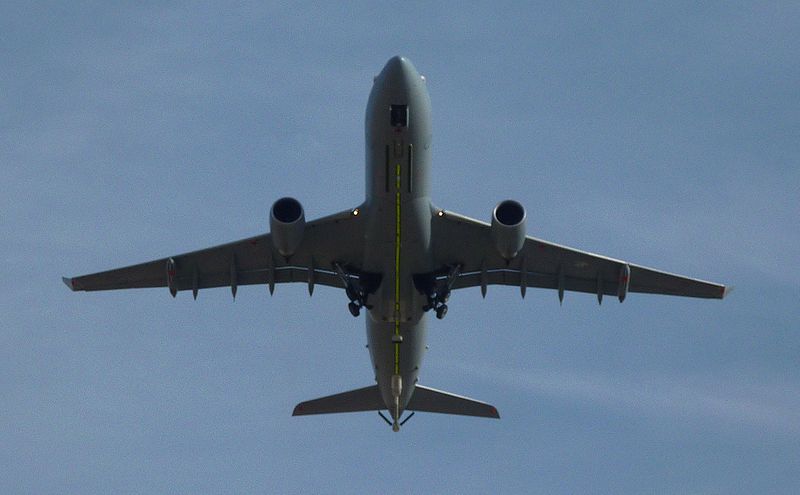 The first of three new-generation Airbus A330 MRTT multi-role tanker transports for the United Arab Emirates (UAE) was delivered Wednesday in Madrid, Spain.

The handover of the air-to-air tanker, converted from an Airbus A330 commercial passenger jet by Airbus Military at Getafe near Madrid, means that the type has now been delivered to all four customers – Australia, Saudi Arabia, UAE and the U.K.

The aircraft will serve with the UAE Air Force and Air Defence. The remaining two aircraft are at an advanced stage of conversion and will be delivered by mid-2013.

In UAE service, the A330 MRTT is equipped with two underwing refueling pods, the fly-by-wire Airbus Military Aerial Refueling Boom System (ARBS), and a Universal Aerial Refueling Receptacle Slipway Installation (UARRSI) enabling it to be refueled from another tanker. It is powered by two Rolls-Royce Trent 700 engines and has 256 passenger seats. The aircraft is capable of conducting refueling operations with UAE Air Force and Air Defence fighters including the Dassault Mirage 2000 and the Lockheed Martin F-16 Fighting Falcon.

The A330 MRTT is the only new-generation strategic tanker and transport aircraft in the field today. The large 111-ton basic fuel capacity of the A330-200 airliner from which it is derived enables the A330 MRTT to excel in air-to-air refueling missions without the need for any additional fuel tanks.

Thanks to its true wide-body fuselage, the A330 MRTT can also be used as a pure transport aircraft able to carry 300 troops, or a payload of up to 45 tons. It also can easily be converted to accommodate up to 130 stretchers for medevac missions. To date, a total of 28 A330 MRTTs have been ordered by four customers, with one (Saudi Arabia) having already placed a repeat order.

From an Airbus news release