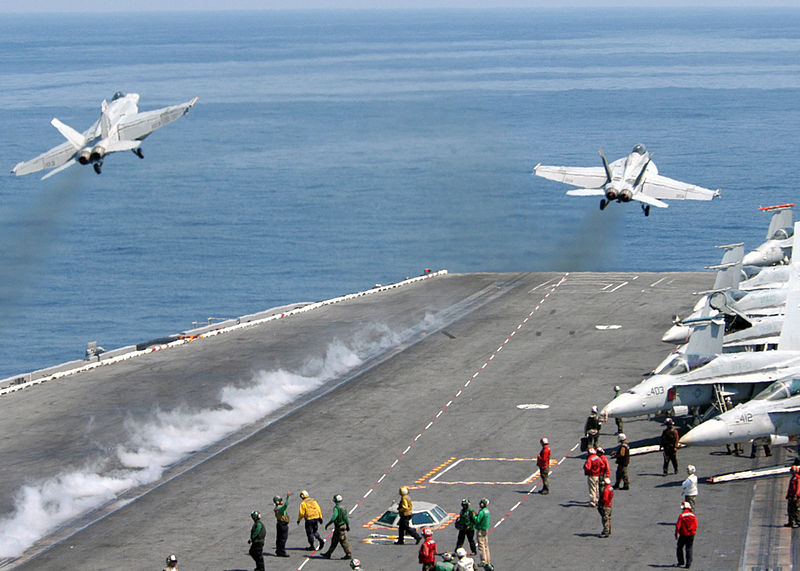 Having wrapped up more than eight years of missions in support of operations Iraqi Freedom and New Dawn in the final weeks of 2011, U.S. naval aviation began 2012 engaged in one major conflict, the war in Afghanistan. Nearly every carrier and amphibious strike group that deployed during the year spent part of their deployment in the Arabian Sea or the Arabian Gulf, contributing support to Operation Enduring Freedom.

That presence, however, also provided needed naval power in a region beset with a host of other conflicts and potential flashpoints, from the ongoing issues of Iran’s nuclear ambitions and Syria’s expanding civil war, to continued instability in a host of governments from Egypt to Bahrain still reeling from the consequences of the Arab Spring. More U.S. naval aviation assets also began moving to the Pacific Command area of responsibility as part of the strategic shift to the Asia-Pacific region.

The long-term retooling of the fleet and force’s aircraft continued apace as new systems such as the Boeing P-8A Poseidon and Lockheed Martin F-35B Lightning II engaged in their first exercises or joined their first operational units. Unmanned aviation also continued to make strides with significant deployments by the Northrop Grumman MQ-8B Fire Scout and the first ship taxiing tests of the Boeing X-47B unmanned combat air system.

For the complete story by Naval Aviation News, click here.