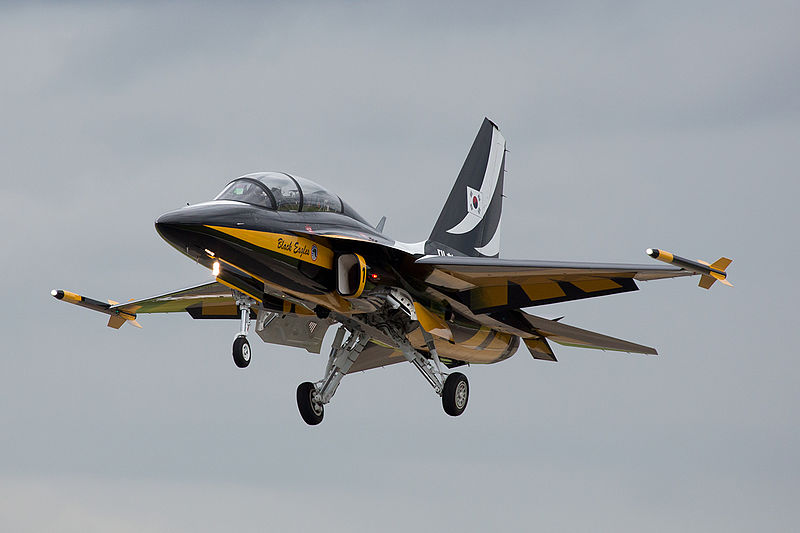 The Republic of Korea Air Force’s Black Eagles aerobatic team plans to take part in an air show next month in China’s Guangdong Province, but the U.S. is trying to block the move citing the risk of exposing classified technology.

The Black Eagles use T-50 trainer jets developed by Korea Aerospace Industries with technological support from Lockheed Martin. Korea needs U.S. approval in order to export the T-50 trainers and to fly the aircraft into “hostile” territories.

A government source on Wednesday said the Black Eagles “have been preparing for some time to take part in the Zuhai Air Show next month, but the U.S. recently expressed opposition to the plan.”

For the complete story by The (Seoul, South Korea) Chosun Ilbo, click here.