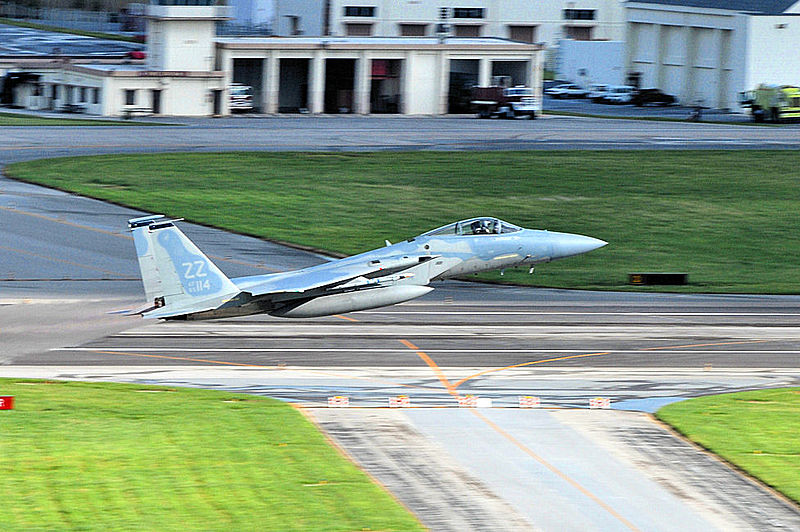 A U.S. Air Force fighter jet crashed off the southern Japan island of Okinawa early Tuesday after the aircraft developed problems in flight. The pilot ejected and was recovered safely.

The McDonnell Douglas F-15 Eagle, flying out of Kadena Air Base, went down in the Pacific about 115 kilometers (70 miles) east of Okinawa, the military said in a statement. Kadena is home to the USAF’s 18th Wing, the service’s largest combat wing; F-15s comprise the 44th and 67th Fighter Squadrons.

Lt. Col. David Honchul, the chief spokesman for the U.S. Forces, Japan, said the pilot was recovered safely after a search by U.S. and Japanese rescue crews. After he ejected from the plane the pilot remained in contact with the rescuers. He was rescued by a Japanese air force helicopter.