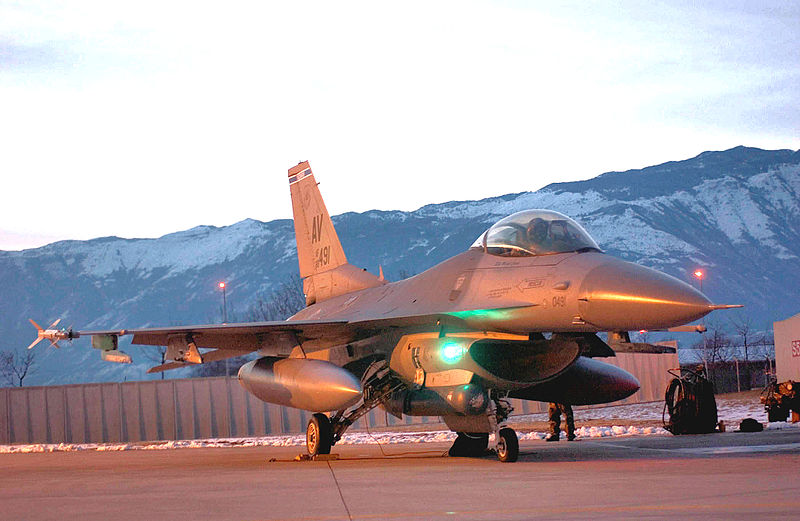 A U.S. Air Force F-16 fighter jet was feared to have crashed on Monday during a training exercise over the Adriatic Sea, and the U.S.A.F. said the status of its Italy-based pilot was unknown. Search efforts by the Air Force and the Italian Coast Guard are under way in poor weather conditions with limited visibility. A fuel slick had been sighted at sea, ANSA news agency reported.

The Air Force said only that it “lost contact” with the F-16 at about 8 p.m. local time (1900 GMT) – language often used to describe a possible crash, although Air Force officials declined to speculate about the incident.

“The aircraft was performing a training mission over the Adriatic Sea with one person on board. The pilot’s condition is unknown at this time,” the U.S. Air Force said in a statement.

An Italian Coast Guard spokesman told Reuters that the search-and-rescue effort was being hampered by a mixture of rain and snow in the area. “The search continues despite the darkness and the bad weather,” he said, unable to confirm the ANSA report that a fuel slick on the water had been spotted.

A helicopter, four Italian Coast Guard cutters and four commercial vessels were combing the waters 10 miles from Cervia, on the northern Adriatic coast. Coast Guard divers have also been readied for the morning, he said.

A spokeswoman at Aviano Air Base, a NATO facility in northern Italy under Air Force administration, said more information would released when it became available.