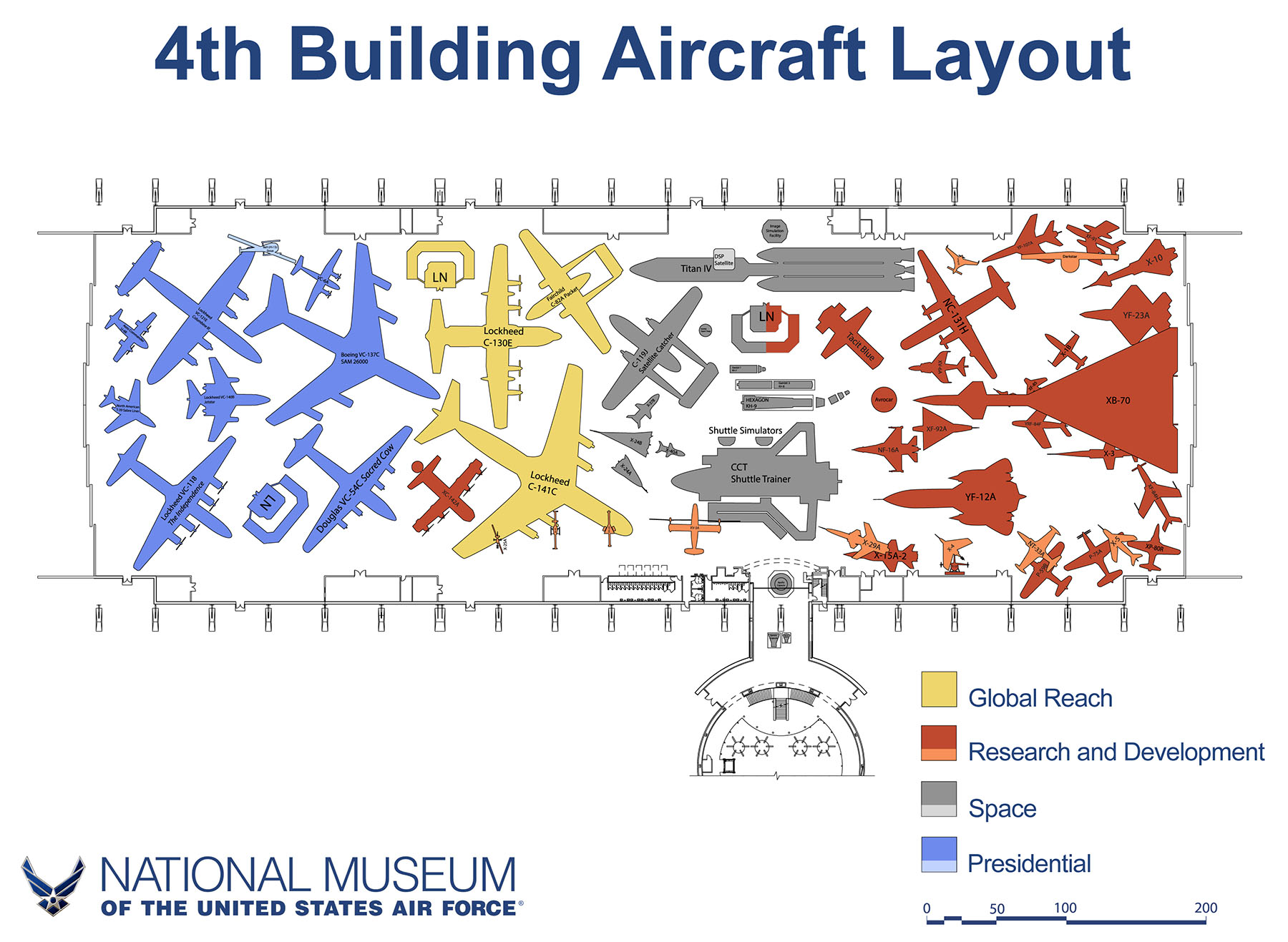 The National Museum of the U.S. Air Force’s planned fourth building will now include aircraft from the Research and Development (R&D) Gallery, along with a new Presidential Gallery, an expanded Space Gallery and select global reach planes.

The addition of many of the R&D aircraft will allow visitors to see the popular North American XB-70 Valkyrie, the Bell X-1B and the “flying saucer-like” Avro Canada VZ-9 Avrocar, among others. Previously, museum visitors without military base access were required to ride a shuttle bus to the Presidential and R&D Galleries. The galleries, which are currently located on a controlled-access portion of Wright-Patterson Air Force Base near Dayton, Ohio, were closed May 1 until further notice as part of budget reduction requirements due to sequestration.

According to Lt. Gen. (Ret.) Jack Hudson, museum director, the new gallery plans will provide the museum with more educational outreach opportunities and be a great convenience for the public.

“The fourth building will help us further tell the Air Force story with the addition of many rare, one-of-a-kind aircraft, including some from the R&D Gallery, which along with the presidential aircraft, are highly regarded by our visitors,” Hudson said. “All visitors will be able to see these aircraft and we will no longer have to bear the cost of shuttle buses to those galleries.”

To make room for the additional R&D aircraft, acquisition of some global reach aircraft that were originally planned for the fourth building, such as a still-active Lockheed C-5 Galaxy and Boeing KC-135 Stratotanker, will be deferred until they can be accommodated.

Plans call for construction of the fourth building to begin in 2014 and initially open to the public in 2015. At that time, the museum will continue to populate the new building until all exhibits are completed. The Air Force Museum Foundation continues to fundraise for the fourth building, with $38 million secured in cash and pledges to meet their $46 million goal.

Lt. Gen. (Ret.) Richard V. Reynolds, chairman of the foundation’s board of managers, said despite these challenging budgetary times, the foundation continues to make progress toward turning the plans for the building into a reality.

“The Air Force Museum Foundation proudly supports the growth and expansion of the museum, and is working hard to find and engage donors willing to get us across the finish line in our Expanding the Legacy Campaign,” Reynolds said. “It’s tremendously exciting to think about how the fourth building will not only do a fantastic job telling the Air Force story, but become an interactive, high tech classroom for programs in science, technology, engineering, and mathematics (STEM).”

The National Museum of the United States Air Force is located on Springfield Street, six miles northeast of downtown Dayton. It is open seven days a week from 9 a.m. to 5 p.m. (closed Thanksgiving, Christmas and New Year’s Day).